Freehold or leasehold: Which property 49% cheaper to rent in Dubai? 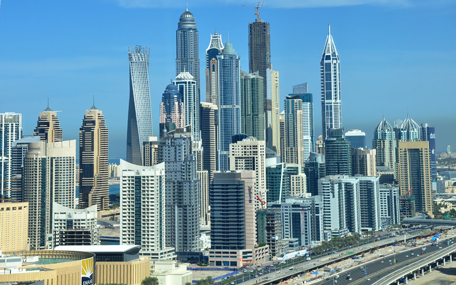 Leasehold areas in Dubai are far cheaper to rent apartments and villas, than freehold communities.

This is because the former caters to the affordable market segment and the latter to the affluent, according to a new property report.

“A rental comparison between the two areas shows that on an average, apartments are cheaper by 49 per cent and villas 31 per cent in leasehold areas (compared to freehold),” Unitas Consultancy said, in its latest report, ‘Renter’s Ball: The Dynamics of the Tenancy Market in Dubai’.

However, the report said villas experienced higher rental growth rates (20 per cent) when compared to apartments in the last five years; but rates had declined in the last one year.

“As the market adapted to cater to the pent-up demand, a flurry of new villa projects were launched by private and government sector developers.

“In the last year, the dynamics of the villa market have changed with both rents and prices having fallen; whereas apartment rental prices have remained relatively strong,” the report added.

Property prices, the report said, have hit a 'plateau'.

“There is a strong correlation between sales prices and rents (+ 0.8). Given the fact that sales prices have plateaued and have dropped from the peak, rents appear to be following suit with a lag of approximately six months,” Unitas said.

An analysis of the income distribution among the working population revealed 84 per cent were skewed towards renting, much higher than comparable first world cities such as London (50.4 per cent) and Hong Kong (48.8 per cent). “While this is partially because freehold ownership is still a relatively new phenomena, it is clear that income distribution levels need to be elevated in order for a wider home ownership base to take place,” the report said, disclosing that 38 per cent of the working class could afford to rent individual units; 17 and 13 per cent could afford to rent one- and two-bed apartments in freehold areas.

The report also revealed that the rental gap between apartments in prime locations and secondary locations was 69 per cent and it was 77 per cent for villa communities.

The highest discount was visible in the two-bed apartment segment, whereas the smallest gap was in the studio market.

Though villas continued to outperform the apartment segment over a five-year horizon in the prime and secondary market, it took a beating in the last 12 months.

“… the worst performer has been prime villa [communities] followed by regular villa communities. Prime properties have had a sluggish performance relative to the rest of Dubai, highlighting the strong demand within the affordable segment,” the report pointed out.