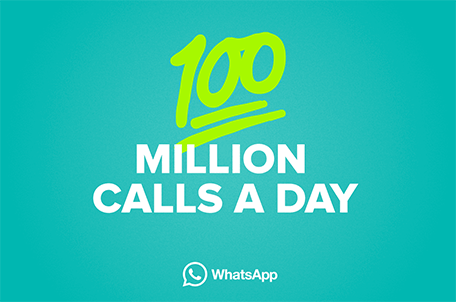 WhatsApp has not rolled out its video call feature yet, but fake invitations that promise to activate video calls into the popular chat messenger have been doing the rounds for several months and gaining ground.

The message stating ‘Activate Whatsapp Videocall’, that promises to install a leaked version with HD quality and many other features comes with a link attached which, when clicked, takes to an external browser. 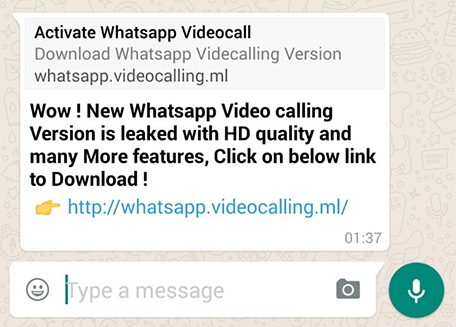 Users that click on it will see a green button stating Activate WhatsApp video calling and also the promise to install the feature which includes group calling on iOS, Android, Windows as well as BlackBerry OS.

However, all it does is to entice users to send the message to five different contacts. The completion of the process will not result in any installation but you would have ended up spamming your contacts.

It should be noted that WhatsApp has not introduced any video calling feature although there were rumours that it is testing the feature.

Meanwhile, WhatsApp recently announced that its voice calling feature has become an instant hit and more than 100 million calls are made every day, which translates to about 1,100 calls per second.

In a blog post the company said it is improvising features and making it even better in the months to come.

“For more than a year, people have used WhatsApp Calling to talk with friends and family around the world. It's a great way to stay in touch, especially when connecting with people in other countries, or when messages alone won't do. Today, more than 100 million voice calls are made every day on WhatsApp - that's over 1,100 calls a second! We're humbled that so many people have found this feature useful, and we're committed to making it even better in the months to come,” the post said. 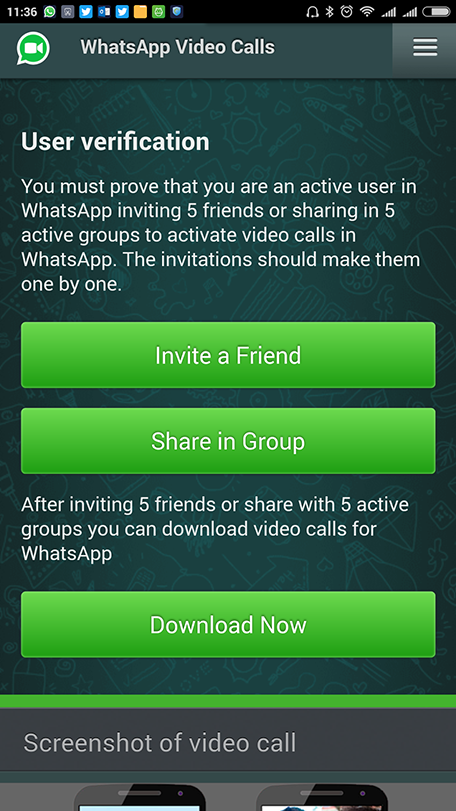 The latest update to the chat application that was rolled out recently introduces additional features that will help users navigate within a chat window. Using a small down arrow on the bottom right of the screen a user will now be able to move down to the latest message, rather than manually scroll down. 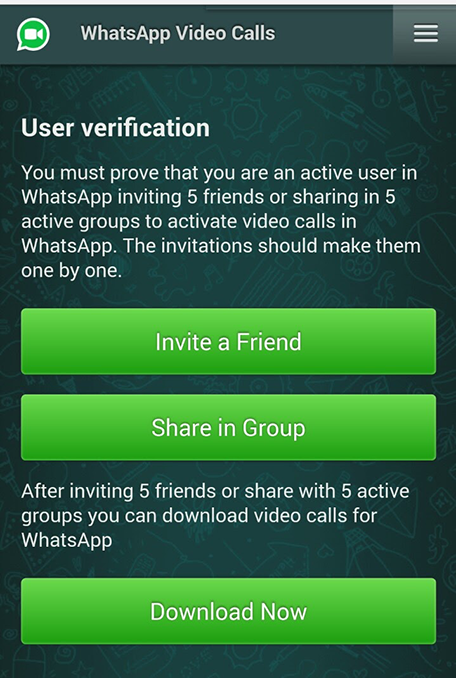