Gone are the days when smartphones and tablets wanted to be smaller – we’re back to the ‘bigger is better’ era, or so believes South Korean electronics giant Samsung.

According to early reports, Samsung will launch a new range of smartphones under the Galaxy Mega brand name in Q2 2013, with rumoured screen sizes ranging from 5.8 inches to a massive 6.3 inches.

Earlier this year, rumours began doing the rounds about a Samsung Galaxy Fonblet. This was followed by rumours about the Galaxy Note 3 being bigger in size, and with a purported display size of either 6.3 inches display or 5.9 inches.

Now, it seems that Samsung is preparing to kill the Galaxy Note series by not releasing the Samsung Galaxy Note 3 at all, and rebranding it as the Galaxy Mega and launching two devices with similar display sizes. 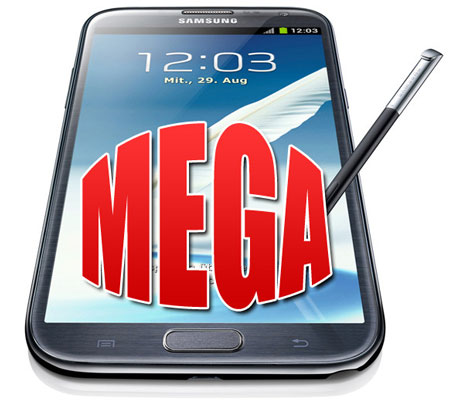 A trusted source of Samsung rumours and leaks, SamMobile maintains in this article published yesterday that Samsung has changed the name of its expected Galaxy Fonblets, and they are now to be called Galaxy Mega.

Traditionally, Samsung has used the GT-i model number for its high-spec Galaxy smartphones – the GT-i9500 Galaxy S4 and the GT-i9080 Galaxy Grand for example – while the Note devices have a GT-N model number, such as the GT-N5100 on the new Galaxy Note 8.0 tablet.

With current rumours pointing to the new Galaxy Mega devices following the GT-i model numbers, it’ll be safe to assume that these Fonblets will not carry the S-Pen stylus, which is a key differentiator between the Note hardware and Samsung’s other tablet/smartphone hybrids.

In addition, the number ‘2’ at the end of the i9152 model number suggests that the 5.8-inch Galaxy Mega will have a dual-SIM configuration.

Other reports have suggested that variations on the i9200 model number have been used already – the Galaxy S2 LTE is known as the i9210 in some regions, but it might have a single-SIM configuration but with a screen size that will be surely the largest in this category – if indeed this is any category at all.

Right now, Samsung seems to be creating a new category of its own but it would be wise to note that it is still hearsay and nothing concrete has emerged from Samsung or any of its trusted official sources.