The Telecommunication Regulatory Authority (TRA) has denied media report that UAE residents could be fined and imprisoned for using Skype.

A report said today that some of the services that Skype offers - like making telephone calls - need a licence from the TRA and the violators could be fined up to Dh1 million and also imprisonment.

“TRA did not state the mentioned penalties. TRA confirms that there are a number of factual inaccuracies, for instance, the provisions of article (71) do not apply in this case,” the regulatory body said in a statement.

Earlier Story
Some of the services that Skype offers - like making telephone calls - need a license from the UAE Telecommunication Regulatory Authority (TRA), according to Majid Al Masmar, Acting Director General  of TRA.

According to a report in an Arabic daily, the authority said that failure to obtain a licence, will subject a user to the amended Article 71 of the  Telecommunications Act.

This includes imprisonment for a period not exceeding two years and/or a fine of not less than Dh50,000 and not more than Dh1million.

Al Masmar confirmed that the services which Skype provides require licence from the TRA.

In case of failure to get such licence, defaulter will be subjected to the communication law No. (3) of  2003 and penalties will be applied.

Al Masmar clarified that downloading Skype onto one’s computer does not give subscribers the right to utilise services offered without necessary licences.

The report quotes Al Masmar as pointing out that attempts to over-ride ban on unauthorised Skype services have increased recently.

However, both, etisalat and du have not applied for any official requests to the TRA to allow Skype services in the UAE.

“There is a big difference for subscribers when they get online Skype services formally through the two licenced operators and when they illegally download it via the internet, as is currently done by a large number of the people,” he said.

He explained that in the event etisalat and du offered these services, it will mean allowing the use of Skype to make both voice and video calls from smartphone to smartphone, but with the approval of the TRA. 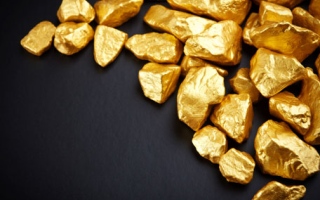