Apple Inc. is working on the new iPad 5 that is rumoured to be much thinner and lighter than the latest iPad iteration – and it will sport an upsized display.

According to rumours, the iPad 5 is expected to be launched in the third quarter of 2013, and as per KGI Securities’ analyst Ming-Chi Kuo, the iPad 5 will be substantially smaller than the current model, while still managing to carry a GF2 touch panel, A7X processor and other improvements over its predecessor.

Apple Insider [http://appleinsider.com/articles/13/04/18/apples-next-gen-97-ipad-expected-to-be-25-lighter-15-thinner-debut-in-q3] reports that it has managed to obtain a recent note by Kuo in which the analyst notes that the next-gen iPad’s thinness and lightness will be its key attributes, which should be significant enough to move more units as compared to the current model.

The analyst believes Apple’s third and fourth generation iPads didn’t sell as well as anticipated because they were both heavier and thicker than the iPad 2.

Quoting Kuo, Apple Insider attributed the slimness to the new GF2 screen technology, a change from the current iPad’s GG touch tech, which will also help in reducing power consumption. With reduced power consumption comes the flexibility of a 30 per cent reduction in battery size, which could result in up to 20 per cent slimness for the new iPad. The power efficient battery of the new iPad 5 is said to provide the same 10 hours of battery life while powering down to between 8,500 and 9,000mAh.

In addition, the new iPad 5 will get lighter to about half-a-kilo in weight, losing about a quarter of its bulk. “Overall, the fifth-generation iPad, with the GF2 tech and consequent downgrading of battery size, will yield a thinner and lighter tablet. Weight is thought to be around 500 grams, compared to the current 650-gram iPad,” Apple Insider said.

Also noted in the report was an estimate on upcoming iPad line-up shipments. The analyst maintains an iPad Mini 2 is set for release in the second half of 2013 and will account for 60 to 65 per cent of all iPad shipments. Focusing on the 9.7-inch tablet, Kuo expects shipments of 15 million units by year’s end. 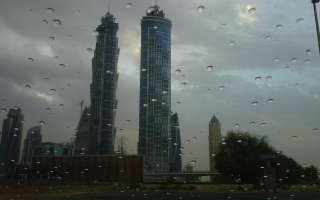