“In creating its first connected chronograph, Breitling has applied a new philosophy placing the smartphone in the service of the watch so as to enhance its functionality and conviviality,” the luxury watchmaker said in a media statement last week.

That sums up the situation as it stands in the battle between traditional timepieces and technology-loaded smart watches, with the former bowing to popular pressure and reinventing themselves for the digital age.

Calling it “a new-generation connected chronograph,” Breitling has launched the B55 Connected, a successor to the Caliber B50 that it launched last year.

Breitling says the Caliber B50, an electronic multifunction chronograph movement with analog and digital displays, laid the groundwork for “other avant-garde developments – a mission now accomplished with the launch of the B55 Connected.” 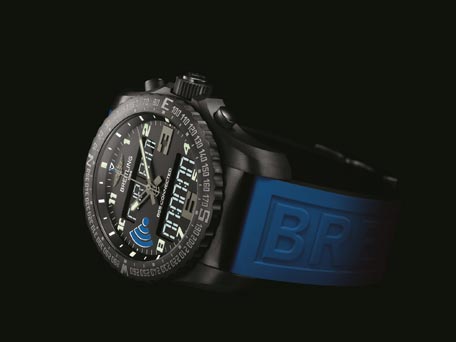 The Swiss luxury watch industry seems to be keenly eyeing developments in the digital domain, and has been adapting accordingly to keep its head above water. Even as various technology firms including Samsung, LG, Sony and Pebble have had their smart watches in the market for a while now, Apple recently unveiled its first smart watch, causing some concern among Swiss watchmakers.

The Apple Watch Edition is in fact directly targeting the well-heeled (starts at Dh36,700 and goes up to Dh62,500), a lucrative market so far solely the Swiss watchmakers’ domain. 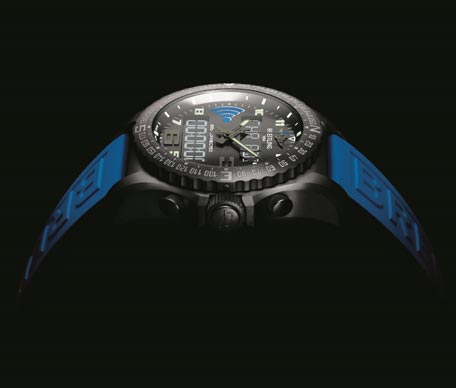 Obviously, even as the number of such units sold will be limited, profit margins in such a lavish device would be huge – much more than the regular units. Little wonder, then, that Apple decided to jump into that sphere itself with its latest product launch, even if it’s to test the waters initially.

Read: Did Apple get Dh62,500 Apple Watch idea from Dubai?

In response, a number of Swiss watchmakers have launched smarter watches even as they have retained the chronograph as the central element of the offering.

But being a watchmaker first, Breitling says it made sure that the connection to a smartphone remained the watch’s secondary function, with the primary still being a chronograph. “The chronograph remains the absolute master and the connection with the smartphone is primarily designed to improve its user friendliness,” it says.

Taking a dig at smart watches produced by technology firms, it noted: “For Breitling, there was no question of turning a watch into an extension dependent on a phone and less high-performance than the latter,” it noted.

It also added that the watchmaker did justice to both the chronograph as well as the smartphone in designing the new B55 Connected.

“Two-way communication enables the two instruments to form a perfectly complementary pair in which each is used for what it does best. Since the main assets of a smartphone are its screen and its ergonomic interface, owners of the B55 Connected can use their phone to perform certain adjustments (time-setting, timezones, alarms, display and operating parameters, night mode, etc.),” it said.

“The result is a considerable gain in comfort and efficiency. Conversely, the user may also upload the results of various measurements (flight times, etc.) from the chronograph to the smartphone so as to be able to read them more easily, store them or pass them on,” it noted.

The B55 boasts an ultra-technical look, based on a titanium case with black carbon-based coating and a dial adorned with a blue wireless symbol. This original blue and black theme continues on the sturdy rubber strap.

Being a Breitling, the B55 is still the ultimate pilot’s instrument, maintains the watchmaker.

It includes an electronic tachometer, a countdown/countup system enabling a sequence of countdown and “long duration” timing (Mission Elapsed Time) operations, along with an eminently aviation-oriented “chrono flight” device that is useful in recording flight times while memorizing the take-off time, landing time and date.

Among the usable gimmicks is a feature that makes the watch’s LCD screens light up when the merely wearer tilts the wrist at more than 35° angle. The firm says this proves particularly effective when the hand is gripping aircraft controls or a steering wheel.

Besides tilting the wrist, the high-intensity backlighting system also lights up upon pressing the crown. The watch is also equipped with a particularly simple and logical control mode, involving function selection by rotating the crown, and activation/deactivation by means of two pushpieces.

The watch can be recharged via the main grid or a computer USB port thanks to a miniaturised rechargeable battery system.