We’re tempted to say ‘we told you so’. Indeed, we did (Read: Transparent iPhone 6 confirmed by Apple Inc.)

It’s confirmed – transparent smartphones, made of glass, are coming your way, and it’s going to happen this year itself.

Before we tell you all about the phones, let’s tell you a little about the company behind it – it’s the Taiwan-based Polytron Technologies which is busy putting finishing touches to its prototype glass phones for at least two smartphone manufacturers. 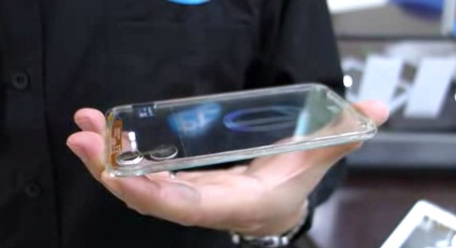 Will Apple be one of those? You bet. We do.

Polytron Technologies is a global manufacturer of electronic and optical vision glass, and is subsidiary of Polytronix, Inc., an American company that provides the patented product Polyvision Privacy Glass to the Taiwan operation. Polytron also has a branch company, Polytron Technologies (Xiamen) Co, in China Xiamen to service China customers.

You can draw the parallels with Apple Inc., which is an American company with manufacturing operations in China and research capabilities in Taiwan.

But it isn’t just Apple – Samsung, which caught the world's attention with the Youm flexible OLED displays at this year’s CES, is another among the rumoured contenders, with some of the images of the transparent prototype glass phone showing the Samsung logo in the background.

Some of the other names – apart from Apple Inc. and Samsung Electronics – that are rumoured to be interested in Polytron’s transparent glass technology for their smartphones and other electronics include LG and Fujitsu.

Either way, Sam Yu, General Manager at Polytron, has confirmed that we will see transparent (or at least semi-transparent) glass smartphones before this year becomes history. That, we tell you, will be history itself. 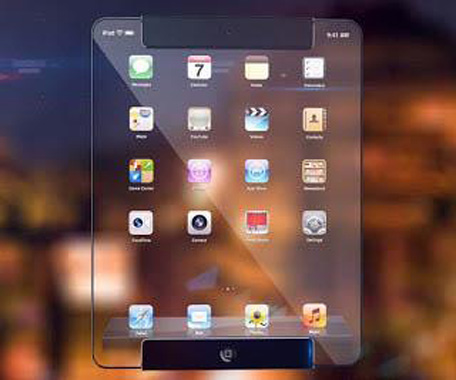 For those of you who’re wondering how will the transparent smartphones hide the ugly parts of phone – the batteries, antennas, circuitry and the works – well, those will remain hidden as they can’t be made invisible – at least not yet. Polytron’s glass technology will allow for a portion of the smartphone to remain see-through, with the rest covered behind casing.

At the same time, work is on to make at least some of the opaque insides also transparent, including the circuitry. Near invisible electrical wiring is possible today, and Ploytron claims that with its patented technology, it may be able to craft glass that can create a transparent effect, making the phone see-through.

Another advantage of this glass is that it is much lighter than the display material used in today’s generation of smartphones, which means that it will reduce weight as well as shipping costs – which is what both customers and smartphone manufacturers want albeit for different reasons.