A 40-year-old Egyptian manager, STT, is accused of fondling one of his employees by hugging her and attempting to remove her bra, the Dubai Criminal Court heard.

The victim, ZSM, 28, Emirati testified that on April 23, while she was on duty in a five-star hotel placing visitors’ belongings in safe boxes, the manager came to the corridor and began talking to her about work-related matters.

“He then moved to the left side and put his right hand on my shoulder. He tried to pull me towards him with his left hand which I resisted.

"Then, with his right hand he touched my breast and asked me why I am wearing a bra that does not open from the front.

"I became angry, freed myself from his grip and entered my office. He then phoned to ask me to come to his office. When I entered his office, he repeated the question about the bra that I was wearing. I got very angry and left his office,” she testified.

SAS, 35, Egyptian employee, testified that he saw the victim enter the locker area. “There are two doors leading to the corridor where the safe boxes are kept. She entered from one door and I could see her placing things in the boxes.

"Later the accused entered from the other door and I saw him putting his hand on her shoulder.  Later I saw the victim in a bad mood. When I asked her, she told me about what the accused had done. She was crying,” he testified.

The prosecution provided the court with a CD that contained the video recording of a surveillance camera in the place where the manager molested the employee.

The accused denied attempting to pull the employee’s bra. His lawyer said the video recording did not show any molestation.

The court will reconvene on September 20. 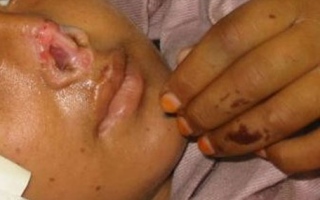