Dubai's Discovery Gardens' rents shoot up by a whopping 25%

Average rents in Discovery Gardens have shot up with one-bed apartments witnessing a 25 per cent increase since beginning of the year.

The maximum increase has been witnessed in the Zen and the Mediterranean clusters. Unfurnished one-bed apartments in the Zen cluster are currently being leased for Dh50,000 pa, while furnished one are going for Dh55,000 pa.

Merlin D’Souza, who just moved to Dubai from India, has been unable to find a one-bed apartment in Discovery Gardens that suits her budget.

“I have a budget of Dh35,000 pa, but have been find a one-bed apartment in Discovery Gardens. The community is well developed with schools, mall, restaurants along with a good bus connectivity to the Metro station.”

She adds: “I don’t want to pay cross my budget since there are other associated costs such as five per broker commission, five per cent deposit, Dewa deposit, etc.”

Rising enquiries has also led to landlords pulling off the plugs of freebies such as rent free periods. Until last year, landlords were offering rent-free periods to entice renters.

Dominick Morrison, who rented a studio apartment in Zen cluster, says: “I spoke to a number of brokerage firms to get the best deal. However, none of them offered me any rent-free periods. The only respite, the agent claimed, was he could pay in six cheques rather than four.”

Quoting the Reidin index, Jones Lang LaSalle said that rents increased by seven per cent year-on-year (y-o-y) as of August 2012, showing a positive trend across the market. The apartment rental index rose by five per cent y-o-y, but remains 30 per cent lower than its peak level in January 2009.

“The residential market appears to be on a clear recovery path with both sale indices and rental indices improving. However, major improvements remain more noticeable in the primary locations while lower quality buildings in secondary and less completed locations continue to suffer as tenants upgrade to better quality projects,” the global consultancy said. 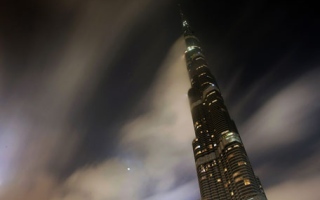