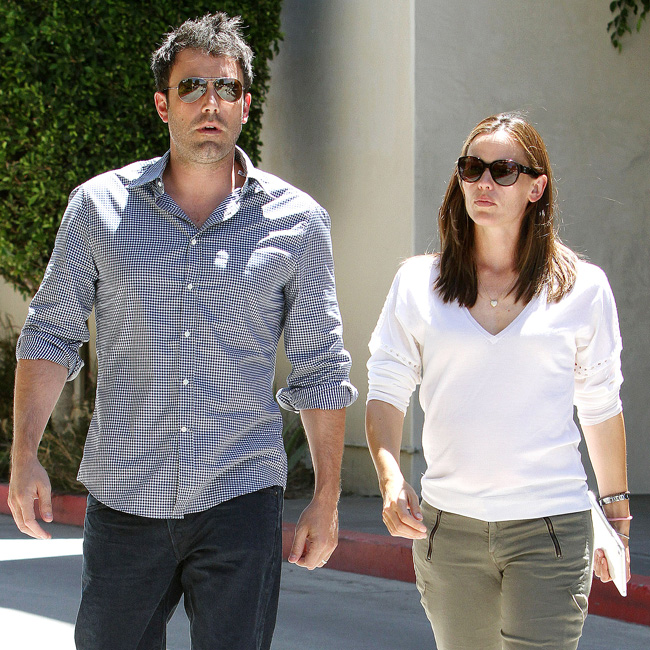 The confirmation of the split between the Oscar-winning actor/director and his actress wife came a day after their wedding anniversary.

"After much thought and careful consideration, we have made the difficult decision to divorce," said a joint statement by the couple, who have three children together.

"We go forward with love and friendship for one another and a commitment to co-parenting our children whose privacy we ask to be respected during this difficult time."

The 42-year-old Affleck and 43-year-old Garner started dating shortly after meeting on the set of ‘Daredevil’ in 2003.

They married two years later in the Turks and Caicos Islands. Their three children are Violet, 9, Seraphina, 6, and three-year-old Samuel.

A decade of marriage

Their 10th wedding anniversary was on Monday.

Celebrity news website TMZ reported that, although they will file for divorce, it won't be done immediately. The split was described as "amicable" and the former couple will share joint custody of their children.

They will work things through with a mediator and business managers, filing divorce papers only once property and custody issues are resolved, the report said, citing unidentified sources.

According to People magazine, the strain between the couple has become increasingly obvious, fueling supermarket tabloid reports for months that they were on the verge of splitting.

They have tried to put on a united front for their children, but earlier this month the imminent breakup was clear when they were spotted out at a farmer's market.

"They looked miserable," an eyewitness says. "They didn't speak the entire time. They looked like they were only trying to be around each other for the girls."

Affleck, who won best screenplay Oscar for 1997's ‘Good Will Hunting’ and best picture Academy Award for ‘Argo’ in 2013, stars as Batman in the upcoming ‘Batman v Superman: Dawn of Justice’ movie.

Garner, known for movies including Oscar-winning ‘Dallas Buyers Club’ and 2007's ‘Juno’, won a Golden Globe for best TV drama actress in 2002 for the series ‘Alias’.

Unlike many Hollywood couples, Affleck and Garner did not have a prenuptial agreement on dividing their fortunes in case of divorce, according to TMZ.

But the website, citing multiple sources, said discussions between lawyers were going "smoothly," adding that Affleck is not much richer than Garner, who it said made a "massive amount of money" off of "Alias."

Affleck has only been married once, but former high-profile partners have included Gwyneth Paltrow and Jennifer Lopez - the couple were known as Bennifer.

In a 2014 interview, Garner described their marriage as in a "mindful" stage.

"You can't expect to be courted all the time, and I don't want to court him right now - I don't have the energy," she told InStyle.

"But we're definitely in a very mindful place where we're making an effort to be together, do things at the same time and be loving."

"This will be our only comment on this private, family matter. Thank you for understanding," they said.