Salman Khan guilty: Gets 5 years in prison; bailed till Friday

Bollywood superstar Salman Khan has been convicted and sentenced to five years in jail.

Emirates247 takes you through the day's events as it unfolded in Mumbai.

06:40 pm (UAE): Salman Khan reaches home. The actor got interim bail and will be free for two days after being convicted in 2002 hit-and-run case.

The actor won't be spending the night in jail tonight. His bail plea will be heard on Friday, May 8.

Basing his argument that since only the operative portion of the sessions court's order copy has been sent to Salman's counsel, Salve had argued in favour of bail.

This offers Salman and his legal team time to prepare a proper bail application.

Salman's bail application to be heard by High Court at 2:30 pm (UAE time).

01:00pm (UAE): The star is still inside the court accompanied by his younger brother Arbaaz Khan.

12:10 pm (UAE): Salman breaks down in court. A teary eyed Salman Khan stood silent as the judgment was pronounced.

The 49-year-old looked stunned and tired as the sentence was read out, sinking into his chair as his family gathered around.

12:10 pm (UAE): Salman Khan to be taken into police custody and sent to Arthur road jail in Mumbai.

The actor has to approach the Bombay HC for bail.

However, the biggest hurdle Salman faces is that the Bombay HC goes on vacation next week if he has to apply for bail.

12:09 pm (UAE): No perjury charges against Salman Khan's driver Ashok Singh who claimed he was behind the wheel.

12:08 pm (UAE): The court also pronounced that he will not have to pay any more compensation to the victims.

Actor found guilty by Bombay sessions court of culpable homicide not amounting to murder in the 2002 hit-and-run case with all charges proved against him and can face upto 10 years in jail.

Significantly, the court held that Salman was driving under the influence of alcohol and also did not have a driving license.

10:20 am (UAE): We are not running away from responsibility: Salman Khan's lawyer.

Salman Khan's lawyer says they have paid 19 lakhs (INR) as compensation to victims and would do more if ordered.

Salman's sister Alvira Khan breaks down after listening to the verdict.

10:12 am (UAE): Defence lawyer has requested the Judge to consider 2 yrs of prison term and a fine considering Salman's humanitarian work. 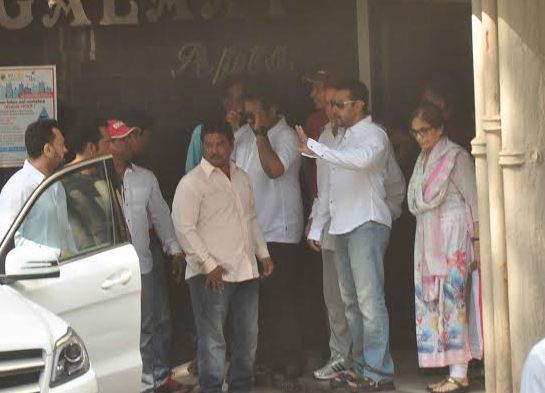 Arguments on quantum of punishment going on inside the court.

10:09 am (UAE): The case proceedings have come to an end. Details of the actor's conviction yet to be declared. 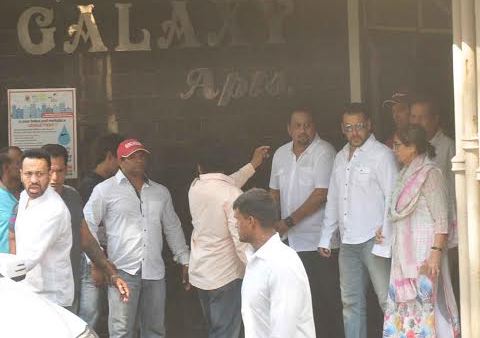 As the judge pronounced Salman Khan guilty of all charges, the actor looked dejected and tensed. He did not break down but was shocked.

09:50 am (UAE): Judges say all charges has been proved. Salman Khan was driving under influence of alcohol.

Bollywood actor Salman Khan has been taken the witness box and the court proceedings are on. 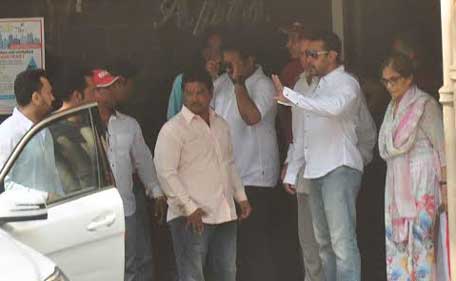 09:08 am (UAE): Salman Khan has reached the Mumbai sessions court ahead of his verdict and entered through gate no 3.

Family brushes aside media and refrains from commenting. Security beefed-up outside the court and the crowd has been pushed back.

08:26 am (UAE): Actor Salman Khan leaves his Bandra residence with his entourage, the media are chasing his car down with their cameras in tow.

Sister Arpita thanks fans for support ahead of verdict, she tweeted: "Today is a big day for us & we know we are not alone.Thank you for your Dua's , love & support always. God bless!" 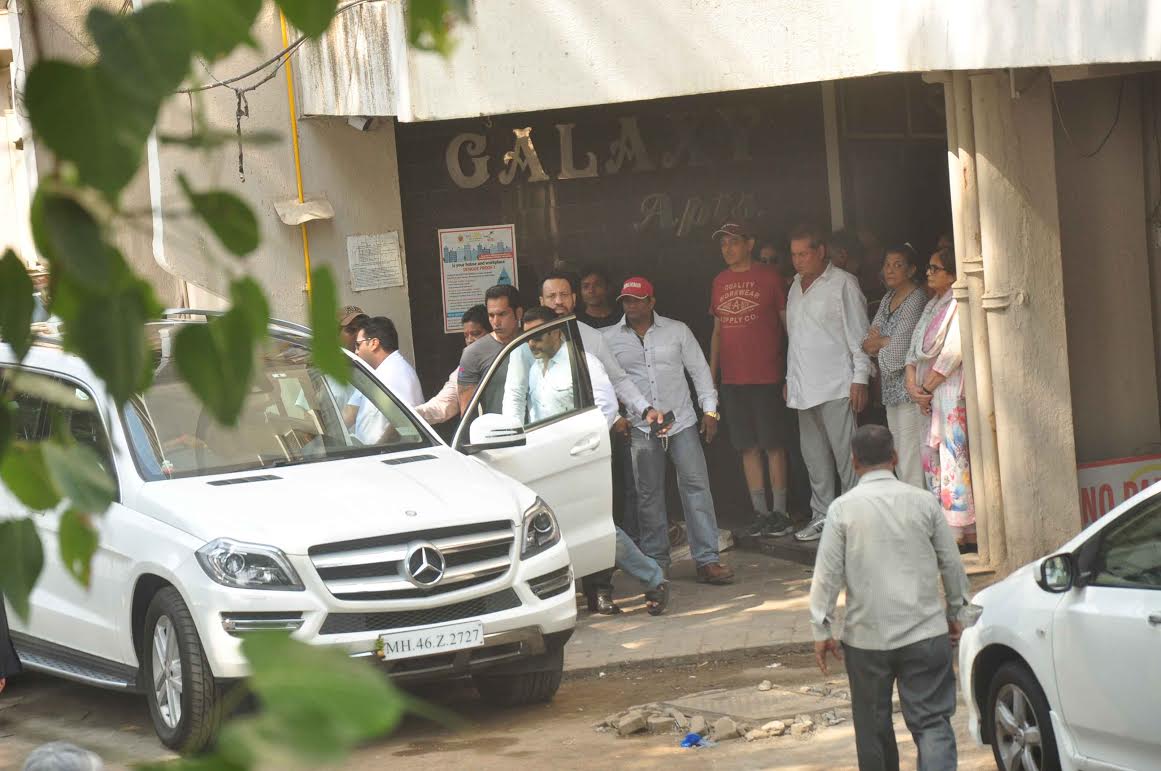 The actor is being driven to court for verdict by the same man (Ashok Singh) who says he was driving the night of 2002 accident.

08:15 am (UAE): Salman said goodbye to family, hugged his father and received conciliatory back-pats from well wishers just before leaving for court. 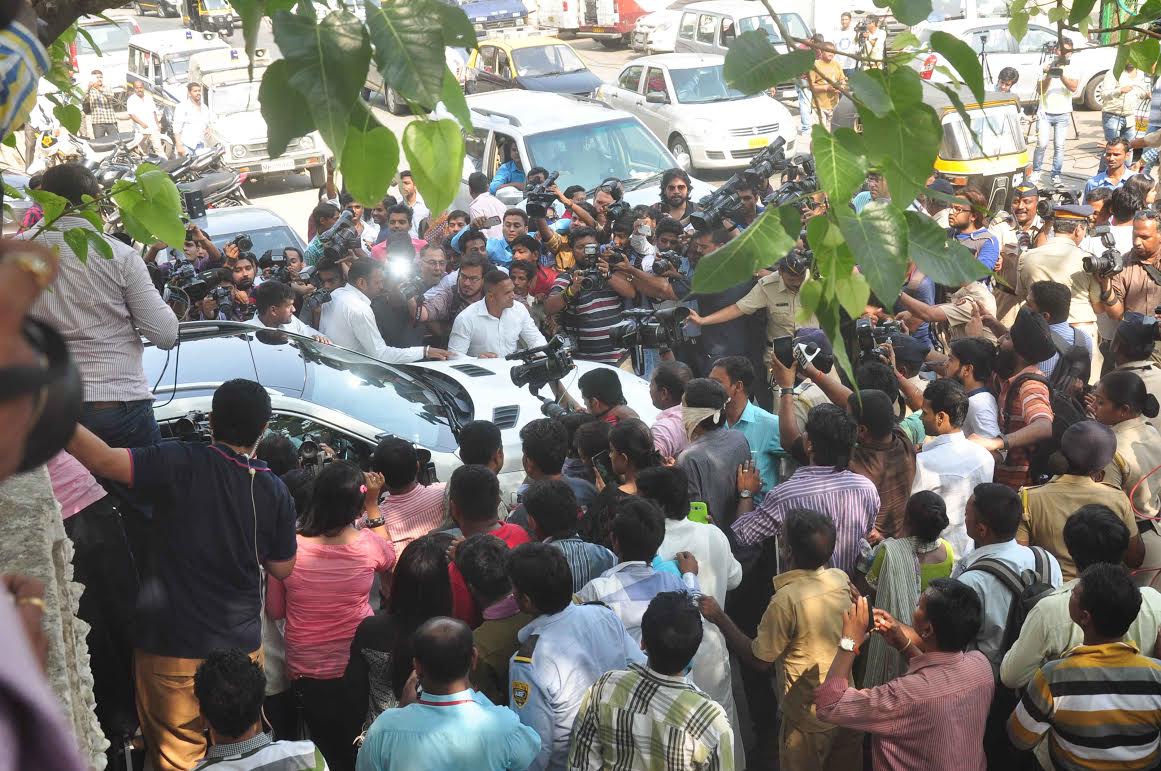 Wednesday morning dozens of journalists and fans gathered as they waited for the actor to leave on the way to court.

Even Mr Khan's father was ambushed as he went on a morning stroll along the seafront encircled by security guards - proof this is a case that has gripped Bollywood and wider India.

A judge will rule Wednesday whether Bollywood superstar Salman Khan was guilty of killing a homeless man in a 2002 hit-and-run crash after a night out drinking, before trying to get his driver to take the blame.

Khan, star of blockbusters such as "Dabangg" (Fearless), is accused of driving his SUV into a group of homeless people sleeping near a Mumbai bakery after spending the evening in an upmarket bar, killing one of them.

If convicted of culpable homicide, the 49-year-old faces a lengthy spell behind bars, a verdict that would bring the career of one of the Indian movie industry's biggest box-office draws to a shuddering halt.

A string of prosecution witnesses, including survivors of the crash, have testified that Khan was at the wheel when his vehicle crashed at speed into a group of half a dozen men sleeping on the street in September 2002.

The trial began in earnest last year after a series of court hearings and legal hold-ups.

When Khan finally took the stand, he pleaded not guilty and told the court that his driver was responsible for mounting the pavement in the upmarket suburb of Bandra West.

A constable attached to Khan's security detail said in his statement to police that the drunk actor lost control of the car while driving at about 90 kilometres (55 miles) an hour.

"The people were sleeping on the footpath. Salman and (his cousin) Kamaal ran away from the spot," the constable, who died in 2007 of tuberculosis, said.

One of the sleeping labourers injured in the accident said in his statement that "Salman was so drunk he fell. He stood but he fell again and then he... ran away."