David Beckham has admitted he lets his fashion designer wife Victoria dress him "99.9 per cent of the time" because he trusts her judgment.

The former soccer star, 39, has admitted Victoria Beckham, 40, will tell him upfront if she doesn't like his outfit, so he quite often lets his fashion designer spouse choose his wardrobe for him.

Speaking after the launch of a menswear collection for H&M in Madrid, he told reporters: "The best fashion advice Victoria has probably given me is not to wear something. She's told me quite often because honesty is important when you're in a relationship."

He added: "She's very honest, and she doesn't like what I'm wearing, she tells me straight. She gives me advice because her vision of fashion is marvellous and her business is going great. I listen to her advice 99 per cent of the time."

But it's not just fashion advice the former Spice Girl gives her husband, whom she married in 1999, as she's also banned him from eating snacks and cleared out the calorific treat draw in their home in a bid to help the sportsman drop 15lbs. 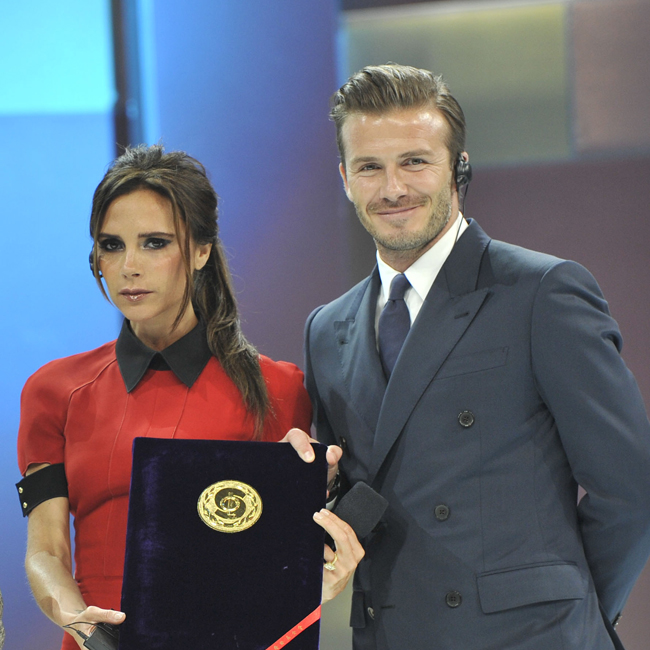 A source said previously: "He says he would rather just eat what he wants and not be bothered, that's why he sneaks food when Victoria isn't looking. It's got to the point where she's stopped buying so many carb-loaded goods.

"She used to keep granola bars and treats for the kids, but she's chucked it all out because David was binging on them."

David and Victoria have children Brooklyn, 16, Romeo, 12, Cruz, 10, and three-year-old Harper together.