When Indian actress Aishwarya Rai Bachchan picked up a Ellie Saab gown for her first outing at the 68th Cannes Film Festival, it was a no brainer.

The Lebanese fashion designer has become a favorite over the past 14 years Ash has been making her Cannes presence.

The actress wore a stunning teal blue Elie Saab gown for her red carpet walk - a custom gown that was inspired by a Spring 2015 look. 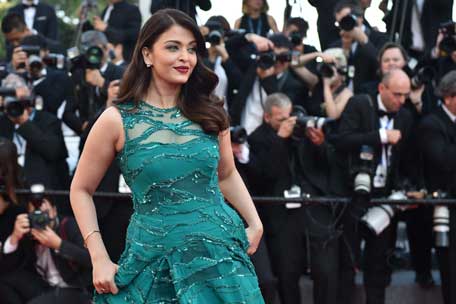 She wore her hair in side swept soft curls and finished her look with matching eye make-up and a bold lip.

She is naturally beautiful - mesmerising eye, porcelain skin, soft hair; Aishwarya doesn't need to do much to stand out.

But this tie the wow factor was missing. 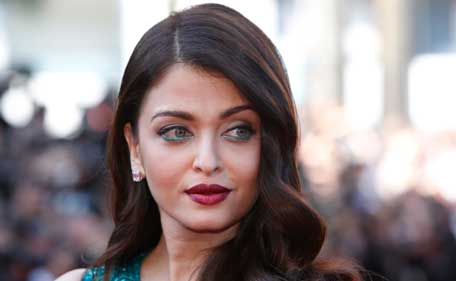 What's with the green matching eye make-up and oxblood lip colour? It's a put-off.

Her hair in flat side-swept does little to elevate her beautiful face.

Blame it on her golden diva appearance last year that this green appearance didn't impress us.

Indian actress Aishwarya Rai Bachchan poses as she arrives for the screening of the film 'Deux Jours, Une Nuit' (Two Days, One Night) at the 67th edition of the Cannes Film Festival in Cannes, southern France, on May 20, 2014. (AFP)

She pulled off the look with utter elegance; however, Ash was nothing compared to her last year's spectacular appearances in Roberto Cavalli.

She was a golden goddess and it's hard to top that look.

Aishwarya Rai attened the premiere of movie 'Carol' with other L'Oreal spokeperson.

Minutes before hitting the red carpet, Aishwarya was playing with her three-year-old daughter Aaradhya who obviously had no idea of the traffic-stopping affect her mother was soon going to have.

She was spotted posing for a selfie with co-ambassador Eva Longoria. "We became friends at Cannes. L'Oréal Paris got us together!", said Aishwarya about this sweet friendship.

On May 19, Aishwarya, along with her team of 'Jazbaa' will present a sneak peak of their movie at Cannes.

She will walk the red carpet again on May 20.

On May 21, Aishwarya will attend the 22nd annual Cinema Against AIDS gala along with her husband Abhishek Bachchan.

The 68th Festival de Cannes kick started on May 13 and will continue through May 24.