Virat Kohli, dubbed as a 'genius with the bat' by former greats of cricket, is the man in form. Who else do you think could have topped the list of highest paid IPL player this year?

The World T20 player of the tournament is the highest paid cricketer in the Indian Premier League (IPL), according to figures released by the Indian cricket board pertaining to players who have been retained by their respective teams.
Kohli is among the players who are getting more than the amount his team was deducted from their purse for the upcoming IPL auction.

While Kohli will cost his franchise Royal Challengers Bangalore approx. $1.89 million from their salary purse, they will actually pay him $2.26 million.

MS Dhoni, for long believed to be the most expensive IPL cricketer, will be paid $1.89 million.

Pune secured Dhoni in a draft of players who were part of the suspended Chennai Super Kings and Rajasthan Royals franchises.

The BCCI had assured the players left without teams but drafted by the two new teams they would be paid the same amount as they were earning earlier.

Here's the list of the highest paid cricketers in Indian Premier League: 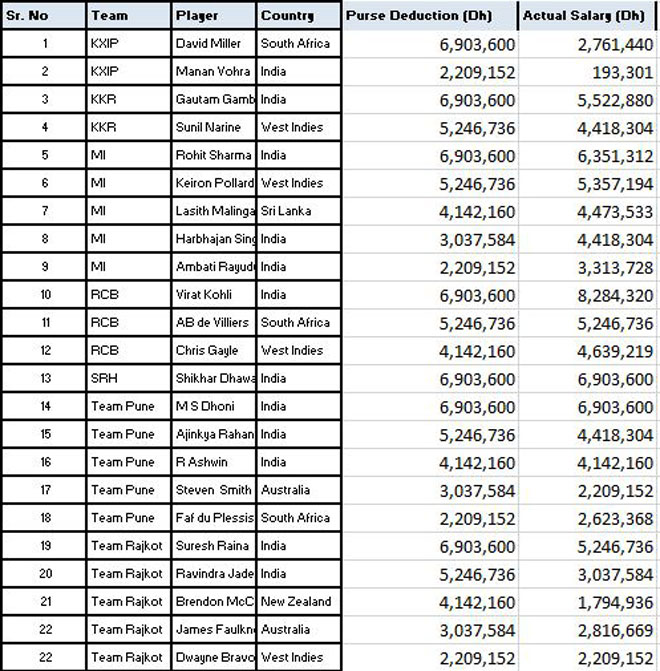