A chartered plane carrying a Brazilian first division soccer team crashed near Medellin while on its way to the finals of a South American championship, killing 75 people, Colombian officials said Tuesday. 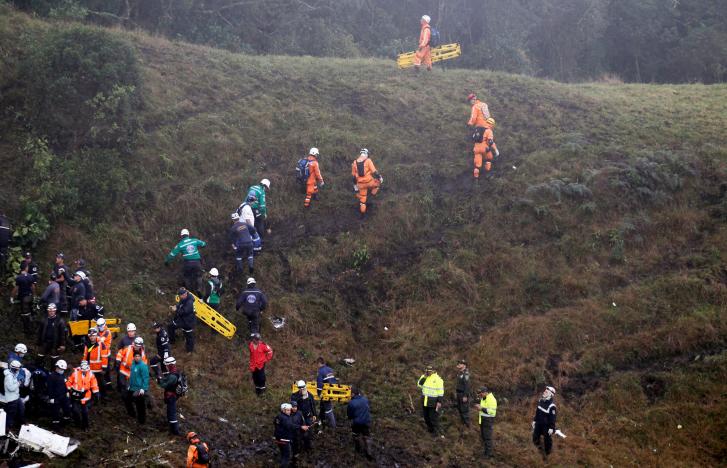 The British Aerospace 146 short-haul plane, operated by a charter airline with roots in Venezuela, declared an emergency and lost radar contact just before 10 p.m. Monday because of an electrical failure, aviation authorities said.

The aircraft, which had departed from Santa Cruz, Bolivia, was carrying the up and coming Chapecoense soccer team from southern Brazil for Wednesday's first leg of a two-game Copa Sudamericana final against Atletico Nacional of Medellin. 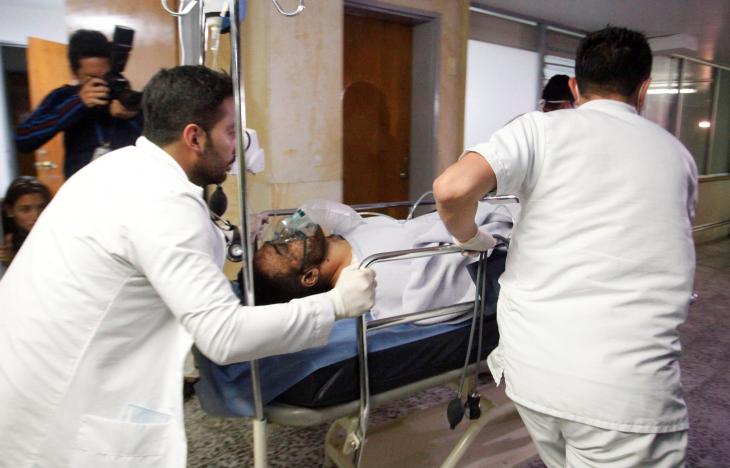 "What was supposed to be a celebration has turned into a tragedy," Medellin Mayor Federico Gutierrez said from the search and rescue command center.

The club said in a brief statement on its Facebook page, "May God accompany our athletes, officials, journalists and other guests traveling with our delegation."

Expressions of grief poured in from all over the soccer world. South America's federation canceled all scheduled matches in a show of solidarity, Real Madrid's squad interrupted its training for a minute of silence and Argentina legend Diego Maradona sent his condolences to the victims' families over Facebook.

Rescuers working through the night were initially heartened after pulling three passengers alive from the wreckage. But as the hours passed, heavy rainfall and low visibility grounded helicopters and slowed efforts to reach the crash site. 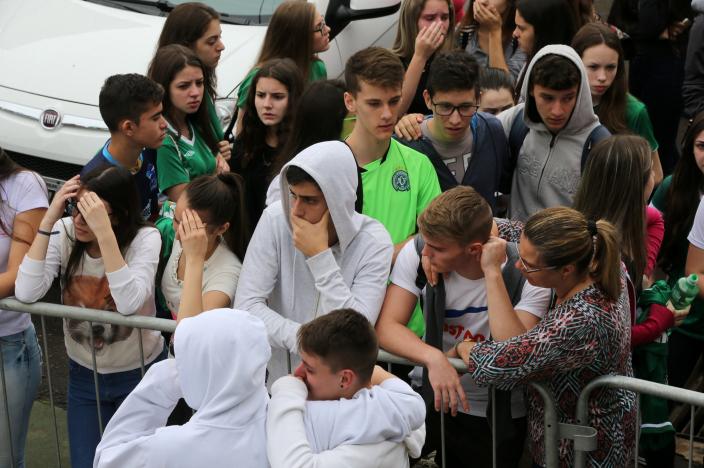 At daybreak, dozens of bodies were quickly collected into white bags while rescuers scavenged through pieces of the plane's fuselage strewn across the muddy mountainside.

Images broadcast on local television showed three passengers arriving to a local hospital in ambulances on stretchers and covered in blankets connected to an IV. Among the survivors was Chapecoense defender Alan Ruschel, who doctors said suffered spinal injuries.

Two goalkeepers, Danilo and Jackson Follmann, as well as a journalist traveling with the team and a Bolivian flight attendant, were found alive in the wreckage. But Danilo was later reported as dead, and authorities said another defender, Helio Zampier, had survived amid a confusion of sometimes conflicting early reports.

The aircraft is owned by LaMia, a company with roots in Venezuela and that has a close relationship with several premier South American squads.

Argentina's state-run news agency said the plane involved in the crash had transported Barcelona striker Lionel Messi and the national team this month from Brazil to Colombia between World Cup qualifier matches. The airliner also reportedly transported Venezuela's national squad and several top teams from Bolivia in the past.

LaMia's website, which is no longer online, said it operated three 146 Avro short-haul jets made by British Aerospace and with a maximum range of around 2,965 kilometers (1,600 nautical miles) — about the same as the distance between Santa Cruz and Medellin, the route it was flying when it went down.

Alfredo Bocanegra, the head of Colombia's aviation authority, said initial reports suggest the aircraft was suffering electrical problems although investigators were also looking into an account from one of the survivors that the plane had run out of fuel about five minutes from its expected landing at Jose Maria Cordova airport outside Medellin.

Bolivia's civil aviation agency said the aircraft picked up the Brazilian team in Santa Cruz, where players had arrived earlier in the day on a commercial flight from Sao Paulo, Brazil. Spokesman Cesar Torrico said that the plane underwent an inspection before departing for Colombia and reported no problems.

British Aerospace, which is now known as BAE Systems, says that the first 146-model plane took off in 1981 and that just under 400 were built in total in the U.K. through 2003. It says around 220 of are still in service in a variety of roles, including aerial firefighting and overnight freight services.

A video published on the team's Facebook page showed the team readying for a flight earlier Monday in Sao Paulo's Guarulhos international airport. Photos of team members in the cockpit and posing in front of the plane ahead of departure quickly spread across social media.

The team, from the small city of Chapeco, was in the middle of a fairy tale season. It joined Brazil's first division in 2014 for the first time since the 1970s and made it last week to the Copa Sudamericana finals — the equivalent of the UEFA Europa League tournament — after defeating two of Argentina's fiercest squads, San Lorenzo and Independiente, as well as Colombia's Junior.

"This morning I said goodbye to them and they told me they were going after the dream, turning that dream into reality," Chapecoense board member told TV Globo. "The dream was over early this morning."

The team is so modest that tournament organizers ruled that its 22,000-seat arena was too small to host the final match, which was moved to a stadium 300 miles (480 kilometers) to the north in the city of Curitiba.

"This is unbelievable, I am walking on the grass of the stadium and I feel like I am floating," Andrei Copetti told the AP. "No one understands how a story that was so amazing could suffer such a devastating reversal. For many people here reality has still not struck."

At least six people are believed to have survived after a plane carrying 81 passengers, including members of a top flight Brazillian football team, crashed in Colombia, officials said.

The Jose Maria Cordova de Rionegro airport, which serves Medellin, said in a statement that "all possible aid was being mobilized because six survivors are being reported."

The bodies of 25 people have been found at the site in Colombia where a LAMIA airliner crashed with 81 people aboard, including members of a Brazilian football team, a local mayor said Tuesday. Five others survived, he said. 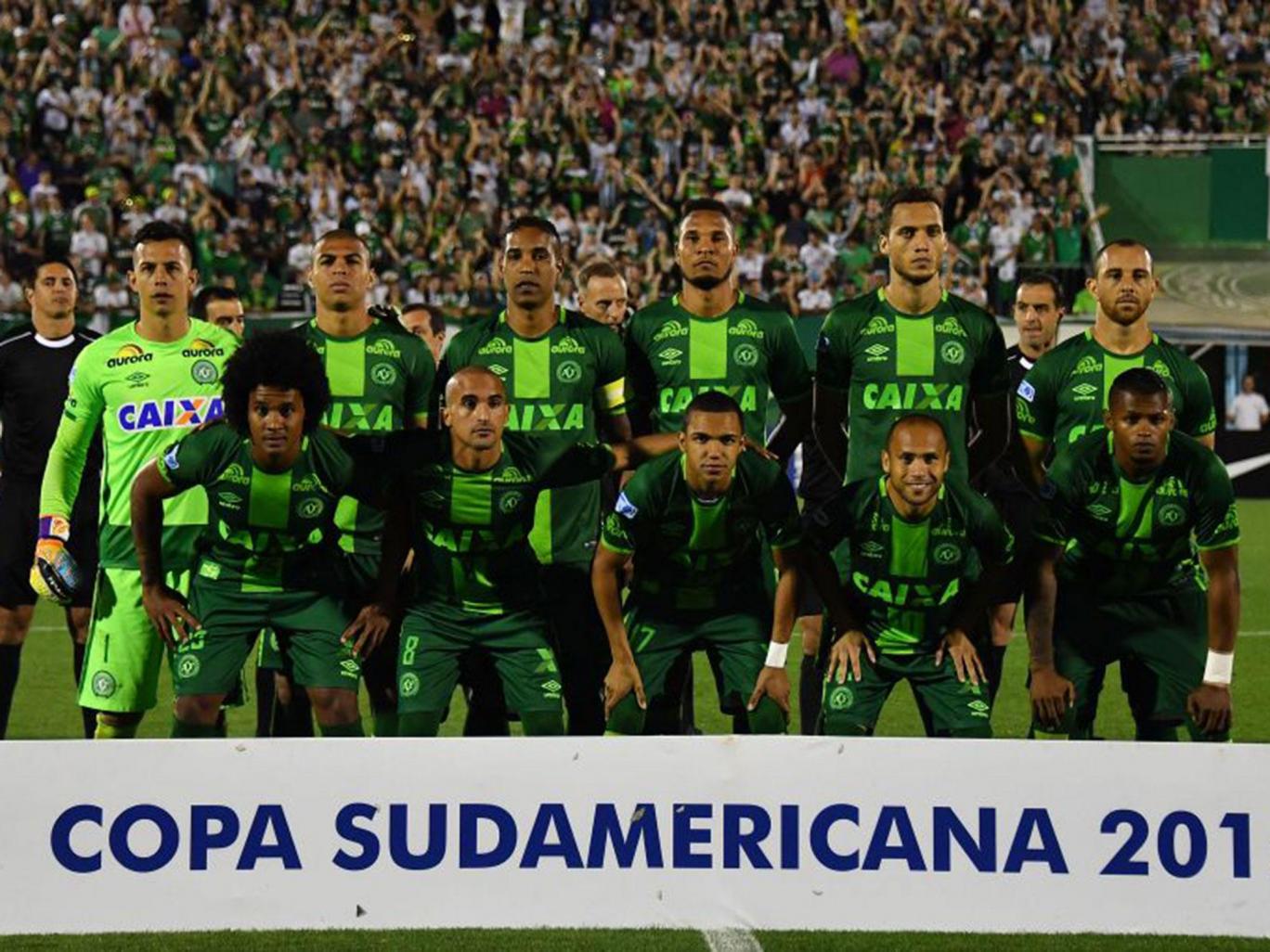 One of the survivors was Alan Ruschel, a defender for the Chapecoense Real, which was to have played in a final of the Copa Sudamericana on Wednesday against a Colombian team, the head of Colombia's civil aviation agency, Alfredo Bocanegra, told reporters.

Elkin Osorio, the mayor of the nearby town of La Ceja, said that searchers had found 25 bodies but that there were five survivors.

A plane carrying 81 people, including members of a Brazilian football team, crashed late Monday near the Colombian city of Medellin, officials said.

The airport that serves Medellin said that among the 72 passengers and nine crew were members of Chapecoense Real, a Brazilian football club that was supposed to play against Colombia's Atletico Nacional Wednesday in the South American Cup finals.

The LAMIA aircraft was flying from Bolivia to Medellin when it crashed in an area called Cerro Gordo about 50 kilometers from the city, Colombia's second largest.

"It appears that the plane ran out of fuel," Elkin Ospina, the mayor of the nearby town of La Ceja, told AFP.

He said authorities were on the scene and hospitals and medical centers were preparing to receive the injured.

On its Twitter account, the Medellin airport said the crash site could only be reached overland because of bad weather in the area.

Colombia's civil aeronautics agency said it had a team at the airport in response to the crash.