Your life can’t get worse if you have a difficult boss at work. The fact that you are reading this is sure a sign that you’ve had your share of bad experience with people who control much of your destiny, at least at your workplace.

Who wouldn’t want to work with an exemplary leader that gives her (or his) staff all the liberty but still manages to fork out the best from them?

Unfortunately, there will be times in your career when you will have to put up with bosses who may not necessarily be the most competent to hold that position, have a bloated image of themselves, patronise their subordinates for the simple reason that those below in the chain of hierarchy may not have much option but to listen to the one in command…the list of the traits of a difficult boss can go on, making them much disliked at work.

And, it’s a known fact that most people don’t leave companies, they leave bad bosses.

“Managers are meant to inspire their team members and while most of them do well in their role as ‘motivators-in-chief’, there are some exceptions,” says Ash Athawale, Recruitment Manager at Reed Specialist Recruitment.

Deciphering human behaviour is difficult to begin with, and to predict what a boss may say or how she (or he) may react is even a harder task. Still, here is a list of the eight kinds of bosses in the UAE and elsewhere that not many will be fond of.

Whether it’s a personal or professional relationship, there is no place for cheaters. Just as employees are expected to be true to their words, bosses should also reciprocate the same.

“If your boss does not project and encourage ethical actions and behaviour at the workplace, but is encouraging his/her teams to be unethical or untruthful, s/he will eventually lose respect and support from the team,” says Athawale of Reed.

“Human beings are inherently ethical and while such behaviour may be tolerated for fear of repercussions, the human spirit always shines through and highlights such bad behaviour to management,” he added.

Yes, s/he is the boss but that doesn’t necessarily mean s/he should be in control of everything. Responsibility and authority needs to be handed down for the smooth functioning of an organisation. “You can’t be the epicenter of everything and it’s impossible to control the smallest of functions,” says the HR manager of a multinational bank in Dubai on the condition of anonymity. “A micromanager only adds to the confusion around with no freedom to innovate and it only adds to underperformance,” he adds.

“No one likes the manager who is literally breathing down your neck and checking the status of a task or an activity every few minutes. Bosses who expect realms of report, which takes the individual further away from their tasks, are generally disliked. Such micromanagers are also called ‘hoverers’ as they always hover around without adding value,” explains Athawale.

Debbie Nicol, an expert in HR and talent management in Dubai, agrees. According to her, a micromanager only shows a mismatch of behaviours and that is not a likable trait.

“If a results-orientated person is one who needs the big picture and then to be given the space to achieve those results, micromanagement will interfere in more ways than one. The micro-manager (generally an inept boss) will always wear the ultimate loss in this case, i.e. reduced results,” she adds.

Whether it was at school or at work, bullies are generally a disliked lot. A boss who is a bully picks out specific employees for cruel and unusual punishment. They enjoy badgering those who report to them and use them as examples to keep others in fear.

“Managers who are rude and disrespectful, use bad language, berate and bully their teams are not liked at all,” maintains Athawale.

“Even if this tirade is pointed at certain team members, others know that eventually the verbal assault can fly in their direction and they may be the new target. Invariably, such managers get reported. Rudeness and use of profanity is inexcusable at the workplace and teams dislike such bosses and possibly they may find themselves unceremoniously fired,” he adds.

Some bosses thrive in utter confusion. They keep things unclear and, in such a scenario, nobody knows what they are expected to do or not do, leading to incompetencies.

“Inconsistency does not gain respect. Rather, it fuels speculation, gossip and lack of trust as no-one knows what’s coming next! When we are left wondering, we find a possibility of name, blame and shame,” elaborates Nicol.

A dreamer knows no bounds but it is very important that a boss is aware of what can be achieved, how much can people achieve and goals that are difficult to attain. Stretch targets can be all the rage, but there needs to be a clear understanding of what can be stretched and by how much.

Expecting a truck driver to pilot a plane can only lead to one thing – a crash.

“Managers, who have truly unrealistic expectations of their teams, without giving them the proper training and skills to be successful, are called dreamers,” says Athawale.

“Some managers feel that by setting unrealistic goals, the team will rise, and that is a myth. It depends on a number of factors, especially the calibre of the team members. These dreamers then are disliked by the teams who virtually go from bad to worse,” he says.

#6 The talker, not the doer

Next in line are managers who just preach without putting their own words, principles and work ethics in practice.

“Managers who don’t ‘walk the talk’ will find themselves on the most disliked list. Employees don’t get inspired by managers who cannot lead by example, and they land up not liking them. Teams don’t like managers who cannot practice what they say or sometimes tend to dictate. When it comes to a deadline or a big deliverable, a manager that can work alongside the team and give valuable inputs will be greatly respected. Managers who are inconsistent are also found in this category,” emphsises the Reed manager.

Bosses who do not follow up or through can also fall in this category. “A manager is one who should be resourcing, be that providing time, materials, money, guidance etc. No follow-up indicates either a lack of interest or know-how, or the inability that gather the support an employee needs. An employee can often feel set up for failure in this instance, with frustration levels riding high,” adds Nicol.

A boss in today’s world cannot be disconnected from his team. He cannot or should not interact with team members just once a week. On the contrary, he should be easily accessible during office hours.

“Many feel frustration when a boss is operating from a place of entitlement and not a place of responsibility. For example, my title would not allow me to do that which you need to do, or my office sends a message to say ‘this is my space and you are not entitled to be in here’,” as Nicol describes it.

Double standards are also not acceptable at the workplace. “Many times this occurs… indicating the management comes from a place of separation. Human spirit thrives on equality of conditions and not on separation,” she adds.

#8 And last is the storyteller…

As human beings, we all like to be heard, but there should be a fine line between giving out information that is meant to be shared and the unnecessary talk that only wastes precious time.

“This is another one that is collectively disliked and ridiculed,” says Athawale. “You go to the manager with a specific problem. The boss then tells you a story about how s/he did something similar in a different time and a different company. So, instead of getting a solution or a quick brainstorm, you find yourself listening to a story that has no direct relevance to the challenge you face.

“These are also the times when in the midst of all this story-telling, you tend to figure out the problem yourself, thus thanking the manager, who then thinks that it was the story which has helped and the cycle continues. Such managers, invariably, have a story to tell in pretty much any situation,” he adds.

At the end of the day, every human will necessarily have his fair share of quirks and idiosyncrasies, and might at some stage fall foul of one or more of the above-listed traits. That doesn’t imply, however, that that boss will overnight go from being liked to being hated by her (or his) team.

It’s only if the boss doesn’t add to the overall value equation of a team – or repeatedly distracts individual members and collective teams from their assigned tasks – that s/he will become ‘hated’ by colleagues. So, keep your quirks (tone them down if you can) but keep the big picture in mind, which is to be a springboard for your team, and not a stumbling block. 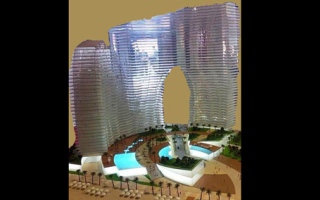