91 per cent of citizens happy with life in the UAE: survey

UAE citizens believe they enjoy a better quality of life than most of their counterparts in Europe, according to Steve Hamilton-Clark, CEO of TNS MENA, a custom market research organisation.

The firm recently conducted a survey and UAE citizens expressed a high degree of satisfaction with their overall quality of life, with 91 per cent of respondents saying they were either ‘satisfied' or ‘very satisfied'.

Compared to a similar measure, the Standard Eurobarometer 76, Hamilton-Clark said Denmark, the Netherlands and Sweden are ahead each with 97 per cent of citizens stating an overall high degree of satisfaction.  The UAE joins this league with a 90 plus score.

"The UAE's 91 per cent satisfaction rating also exceeds the All Europe Index at 75 per cent as well as those of other leading European nations such as Germany at 88 per cent, Belgium and Britain both scoring 87 per cent, France at 76 per cent, Spain at 73 per cent and Italy at 64 per cent among others," Hamilton-Clark said.

The research findings are an extract from the UAE Opinion Survey conducted by TNS and comprised a representative sample of 5,000 Emirati citizens drawn from each of the seven emirates.

Hamilton-Clark said it is part of an exclusive UAE study undertaken in 2011 and 2012 that measures general public perception and satisfaction levels on overall quality of life.

"The UAE satisfaction rating among nationals is on par with indices for Scandinavian countries, considered the ‘gold standard' in such surveys," he said.

How to get Groupon deals for free for 3 months 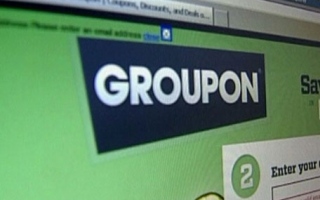