Alert for UAE-based migrants to Canada: 3,000 slots open in January

By
Canada's Minister for Citizenship, Immigration and Multiculturalism, Jason Kenney, announced the launch of the long-awaited Federal Skilled Trades Class (FSTC).
The launch of the long-awaited Federal Skilled Trades Class (FSTC) will be on January, 2, 2013, announced Canada's Minister for Citizenship, Immigration and Multiculturalism, Mr. Jason Kenney.
A total of 3,000 applications will be accepted under the program in 2013.
The programme was only recently introduced by the Canadian government as part of the three-pronged approach, which added the new programme to the already existing Federal Skilled Worker Class (FSWC) and the Canadian Experience Class (CEC).
The FSTC program will allow qualified and experienced trades people to immigrate to Canada, based on the following set of criteria:
· Ability to work in one of the trades (up to 2 job offers or assessed qualifications);
· Proficiency in official languages (minimum CLB 5);
· Previous work experience in the selected trades (minimum 2 years full-time); and
· Meet the employment requirements of the selected trade.
The new Skilled Trades Stream will help address serious labour shortages in some regions of the country, and support economic growth,” Minister Kenney said. “For too long, Canada’s immigration system has not been open to these in-demand skilled workers. These changes are long overdue and will help us move to a fast and flexible immigration system that works for Canada’s economy.”
Transcend Consultants, a regulated Canadian-based immigration consultancy office has developed the completed list of occupations covered by FSTC and published it on its website [https://www.transcendconsultants.com/FSTC-FullList.pdf].
“We are ready to serve qualified applicants immigrate to Canada under the program,” said Deepak Kohli, President of Transcend Consultants.
“Since the numbers are limited, it is important that interested applicants apply as early as feasible to get in front of the queue.” 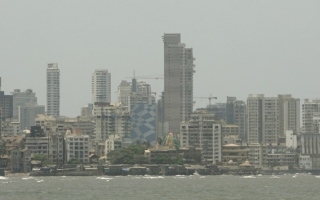