Renewed investor confidence in the Dubai property market has driven prices for properties in The Grandeur Residences on Palm Jumeirah by over 40 per cent.

“Prices had touched a low of Dh1,400 per square foot about 18 months ago, but are now well over Dh1,800 per sqft due to increased investor interest for properties on the Palm,” Rajesh Rao, General Manager Sales, ETA Star Property Developers, told Emirates 24|7.

Russians and Indians top the list of buyers in the project.

The handover of the project, modeled on the archetypal palaces of Rajasthan, commenced late last year.

“We have handed over 70 apartments till date and there are over 40 families have moved in. Property Owners are coming to take possession of their units,” Rao disclosed.

Parvees Gafur, Chief Executive Officer, PropSquare Real Estate, stated: “Prices in the project have been increasing over the years . The construction quality is good and they are still quite reasonably priced in comparison to other properties on the Palm.”

Speaking to this website, Igor Shein, a Russian, who had come to take handover of his apartment, said: “Dubai is a great place. It’s a holiday home for me. We are pampered here in terms that we get a fully-furnished apartment at a far lesser price than what we pay for a property in Russia.”

The Wealth Report 2013, produced by Knight Frank, a global property company, has revealed that Dubai’s prime luxury properties are much lower than those in Monaco, the world’s most expensive residential property market  - 10 times lower, in fact.

In order to comply with the regulatory requirements, ETA Star has commenced the process of setting up an interim owners association. The developer has also introduced a rental pool system to maximise returns of the owners.

The project is currently managed by Reliance Facilities Management.

The Grandeur Residences consists of 229 one-, two- and three-bedroom apartments, located in the Mughal and Maurya blocks, including five beach-front signature villas.

Although a number of retail units were initially planned, the developer later converted them into studio apartments.

The project comes equipped with amenities such as spa, swimming pools, health club, restaurants, helipad, tennis court and 24-hour security and a concierge.

The Grandeur Residences is one section of the Dh1.2 billion project. The other part is the Taj Exotica Resort & Spa, which is still in its early construction stage. 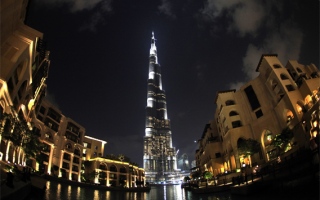 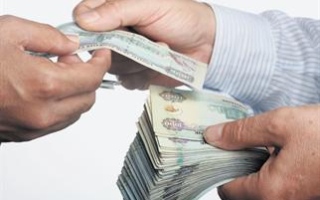 43 private schools in Sharjah seek to hike fees this year