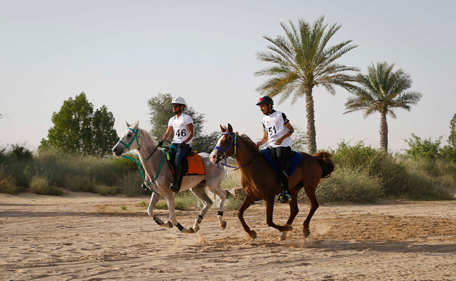 Nearly 400 athletes were part of history in the making as they competed in the first ever Dubai Desert Triathlon at Dubai International Endurance City. 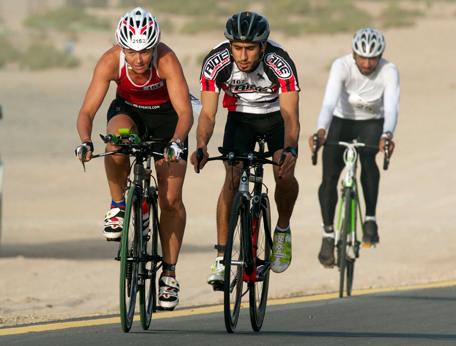 The world first event brought together the triathlon disciplines of cycling and running with the traditional Emirati heritage sport of endurance horse riding.

The event, a partnership between Dubai Sports Council and Meydan, was a huge success, with the hundreds of participants and hundreds more support crews and spectators thoroughly enjoying the experience.

Participants could enter as an individual triathlete completing all three disciplines, or as a team of 2 or 3 to complete the 5km desert trail run, the 25 km cycle and the 40km endurance ride, and prizes were awarded to winners in the individual, teams, cycling and running sections.

The overall men’s triathlon was won by Sheikh Nasser bin Hamed Al Khalifa of Bahrain ahead of teammate Mikel Calahorra, with Diego Bellon Santos in third.

The overall women’s triathlon was won by Maha Khalid. Second place in the women’s overall went to Ines Pintenat, with Sheelagh Pirzada in third. First place in the junior triathlon went to Atiq Hassan Ali. 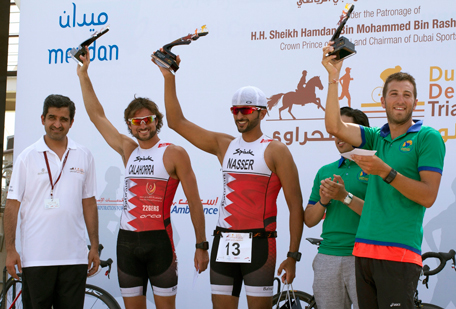 Participants excited to be part of such an innovative event. One competitor, Geoff Mitchell, said "It was brilliant to be part of this, it’s the first truly integrated multicultural event I’ve seen. It’s great to combine the Emirati culture with a triathlon and it’s so good to see so many Emiratis competing in all three disciplines. It’s a great leveler and we all love being out there competing together. Hopefully this event will carry on for many more years to come".