They call it the luck of the Irish, and it appears, Liam Murphy’s cup runneth over as the man from Cork spread some good cheer when he cut a ticket for his taxi driver on a joyride to Ferrari World.

The kind-hearted test engineer, who was in Dubai on a business trip, decided to invite his driver on a whim to join him in the Yas Island theme park when he learned the Indian national had never been inside the park despite making countless trips to drop off customers at its gates over the years.

When contacted by ‘Emirates 24|7’, the EMC Corporation employee said he flew out of Dublin last Saturday and had a day off before joining work the following day.

He said: “My friends recommended I go to Ferrari World and try out the fastest roller coaster in the world. So I picked up a taxi from Dubai to take me there on a return journey.”

En route, Murphy struck up a conversation with Shakiha, who revealed he’d been working in UAE for the past 14 years and sends money every month to his family in India.

Murphy stated “When I asked him what he would do when I am in the park for four hours, he said he normally just waits in the car. And I thought to myself, the price of the ticket is not that much [starts at Dh250] so why don’t I just bring him along.” 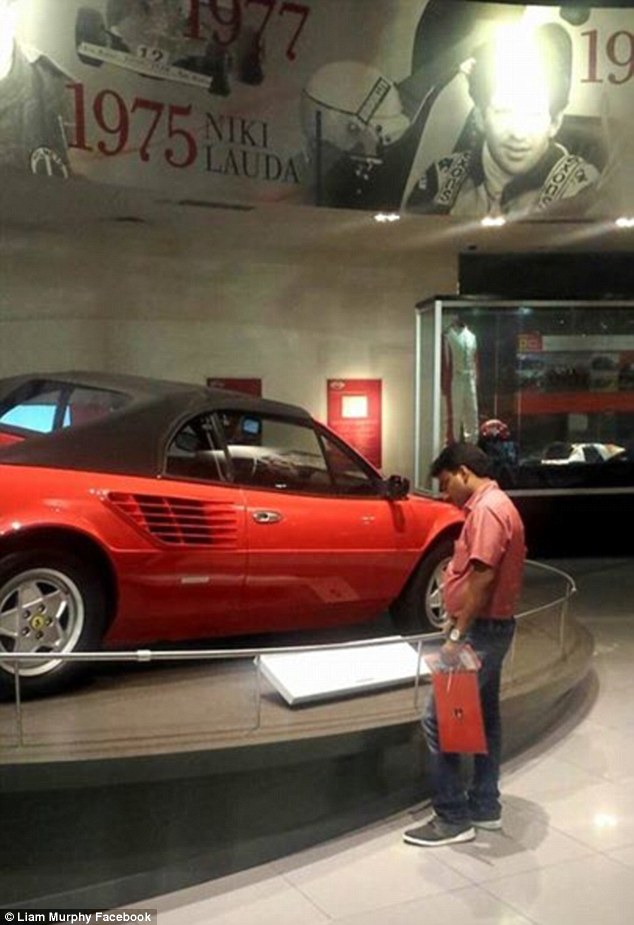 Chowing down his packed lunch, the surprised driver readily joined Murphy on his unorthodox outing.

“I asked him if he’s ever been on a roller coaster and he said no,” recalled Murphy. “So I said, we might as well go to the best one and we went straight to the fastest one in the world.”

The frightened duo strapped themselves into the Formula Rossa, which boasts a top speed of 240 kilometres per hour, with an acceleration of 0 to 100km/h in two seconds.

When quizzed if Shakiha enjoyed the experience, Murphy simply said: “He refused to go on it again.”

In between snapping pictures of their visit, the duo went across every ride in the theme park before stopping for pizza on the way home.

Murphy added: “I was going to get him a copy of the pictures we took there but he refused. I guess he didn’t see the value in it.”

The Irishman posted the tale of their escapade on August 16 on his Facebook page, stating: “Got a taxi from Dubai to Abu Dhabi today. Indian taxi driver living here 14 yrs yet was never in Ferrari World. He was going to wait in the car for 4 hrs. Today I made his dreams come true for the laugh....

“His first ever roller coaster ride was on the fastest in the world. ‘I do not feel well sir’. Shakiha will sleep well tonight [sic].”

Little did Murphy know his post would go viral, with nearly 4,000 likes and 300 shares; a post from the folks on The Ellen DeGeneres Show have also contacting him for the tale.