The 117 licensed property management and leasing companies in Dubai will have to comply with new licensing regulations following the reported rental scams.

The Real Estate Regulatory Agency (Rera) has sought changes to 2003 licensing regulations to ensure protection of landlords and tenants.

“These are some of the measure we have proposed. We are in talks with the concerned authorities to implement the changes to the Licensing Law 2003,” Ali Abdullah, Head Section – License, Rera, told Emirates 24|7.

The licensing rules and regulations were framed even before Rera came into existence, he said, pointing out that the need to amend the article 2 is necessary in the wake of the rental scams.

Abdullah advised that tenants should ensure that they deal with licensed brokers and not with freelancers. Moreover, tenants should immediately ask the landlord or the management company to register the rental contract on Ejari.

Rera said on Tuesday it has registered 60,000 properties on Ejari in the past three months. But a poll conducted by this website found that majority of the respondents had not registered their contracts on Ejari. The number of people conned in the rent scam never had their leases registered with Rera.

Abdullah warned people not to deal with freelancers and to check Rera cards of brokers before dealing with them.

Rera has issued Dh50,000 fines against brokers who have been found dealing with freelancers. In the first half 2012, it had imposed fines worth Dh900,000 on 22 real estate companies and brokerage firms.

Rera said on Tuesday it was seeking to improve understanding and reconciliation practices instead of referring disputes to judicial authorities.

The Dubai Police, this week, forwarded the case against the owner of Shamyana Entertainment, the company that duped hundreds of landlords and tenants in a rent scam, to the public prosecution and have sought an international arrest warrant.

The agency said  it continues its campaign to keep tenants and landlords informed about their rights and duties.

Concerned parties need to check the real estate company's license and the activity it is allowed to carry on. The information can be checked by visiting the official website of the Land Department. 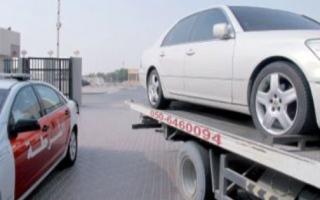