Two huge A-frames – the support structure - for Dubai Eye, billed to be the world’s largest ferris wheel, have been installed on the Dh6-billion Bluewaters Island, Emirates 24|7 can reveal.

Pictures taken by this website shows a number of cranes across the island with work progressing steadily on the main bridge, connecting the island to the mainland.

In June 2015, the Roads and Transport Authority (RTA) awarded a Dh475-million contract for the bridge, which will have two lanes in each direction, stretching 1,400 meters in length and 25 meters in width. It is expected to be completed in 2016, according to Habtoor Leighton Group website.

Meraas Holdings, the developer of the project, did not respond to questions sent by this website. 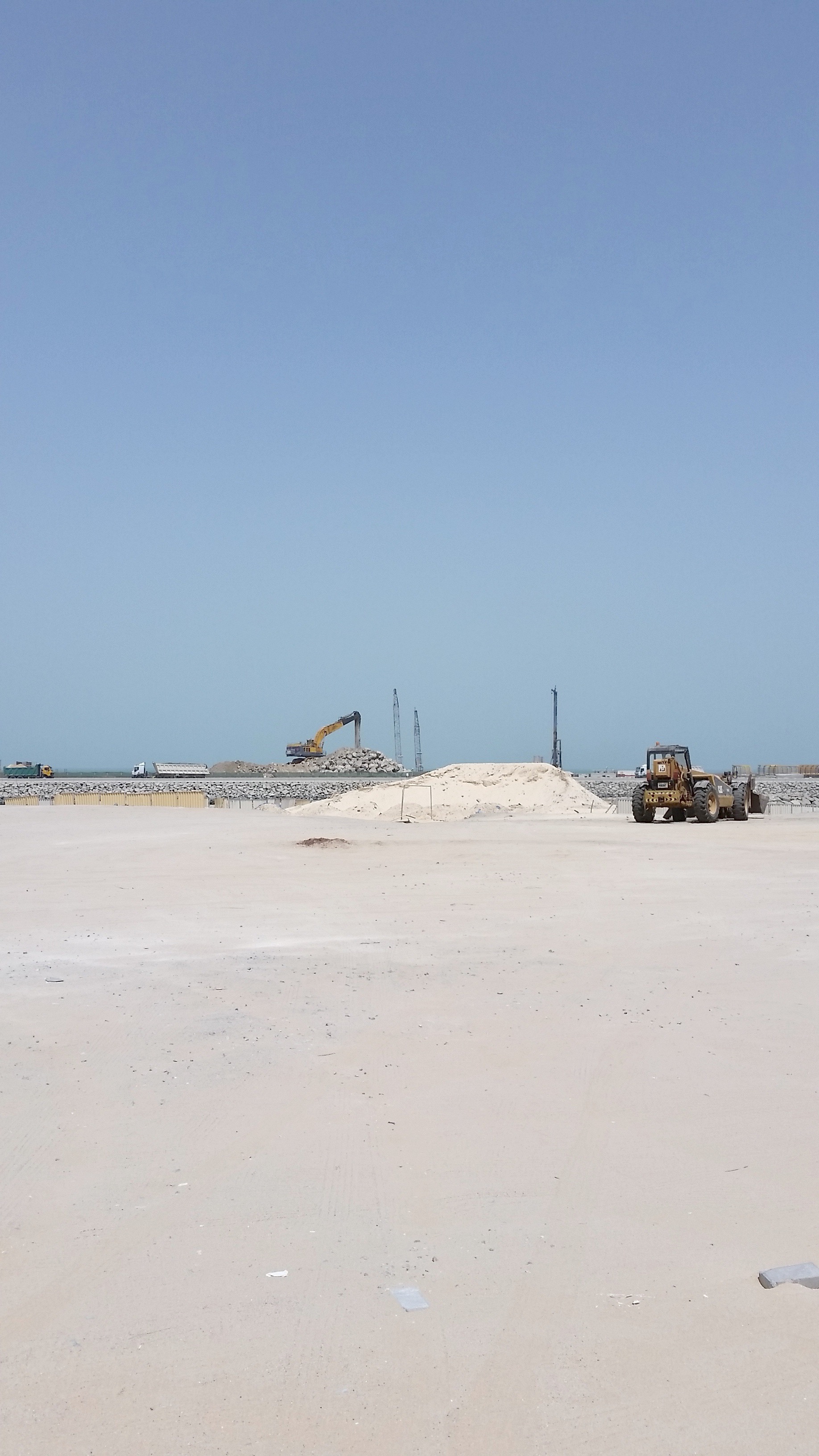 In 2014, we reported that the island, off the Jumeirah Beach Residence coastline, had been fully reclaimed, with Hyundai Contracting and Starneth Engineering being appointed primary contractors for the design and construction of Dubai Eye.

According to Meraas, the 210-metre Dubai Eye will offer views of Dubai’s coastline and iconic landmarks such as Burj Al Arab, Palm Jumeirah and Burj Khalifa. The island will have retail, residential, hospitality and entertainment zones.

A video presentation on Starneth website reveals that the ‘private oasis in the sky’ will have 48 luxury capsules holding 1,400 visitors, even allowing  people to celebrate their special moments in those capsules. The wheel will also have an 80-metre digital screen for broadcasting, adverts and interactive information.

On completion, the attraction is expected to draw three million visitors per year.