Ilyas & Mustafa Galadari (IMG) Group, the developer of a theme park in City of Arabia, Dubailand, has confirmed they are on track to open their entertainment facility by end-2013.

“Currently in the construction phase, with the roof about to be raised up, it’s at an exciting, critical time. We expect to complete this facility by the end of 2013,” an IMG representative told Emirates24|7.

The IMG entertainment facility comprises four themed zones, which include Marvel Adventure, Cartoon Network, The Lost Valley and an unnamed zone details of that will be announced at the Arabian Travel Market 2013. 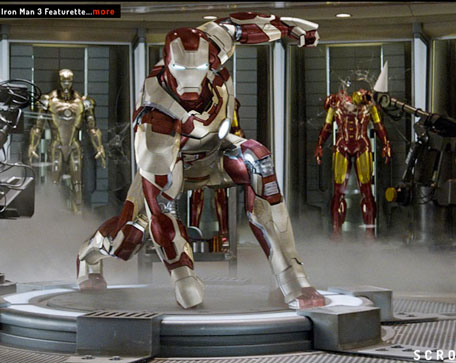 The company will be unveiling the name of the new theme park at the tourism event, which opens on May 6.

According to IMG representative, onsite construction works have moved forward significantly with structural columns and space frame being installed, while off-site ride manufacturing, at various vendor sites, is currently being done simultaneously for shipment planned in the later part of this year.

The entertainment facility will have a maximum capacity of 20,000 people.

Asked if the company was looking at adding any residential or hotel component to the project, the representative said: “The City of Arabia development is designed to have many offerings and facilities in an impressive collection of commercial, residential and accommodation options to cater to the millions of visitors planning to visit the IMG entertainment facility.”

A number of “world firsts” will be offered at the entertainment facility, the developer claims.

The 350,000-square-feet Marvel Zone will include retail outlets, dining facilities and a range of interactive entertainment experiences featuring many of Marvel’s super hero icons including Spider-Man and Avengers such as The Incredible Hulk, Iron Man and Thor.

The Cartoon Network Zone spread across 200,000 square feet will feature the Amazing World of Gumball, Adventure Time, and LazyTown. It will also feature world’s largest Ben 10 retail store and the first ever Ben 10 5D ride, along with branded restaurants and other branded immersive experiences.

On the funding issue, IMG representative said: “The project is largely being funded by the promoters with some debt financing from two local banks.”

In November 2012, Meraas Holding said it plans to open the phase one of the Dh10-billion entertainment and leisure development in Jebel Ali, which will include five theme parks based on movies and characters from Hollywood and Bollywood movies, in 2014.