Year of Reading beginning of permanent change in UAE: Mohammed

In implementation of the directives of President His Highness Sheikh Khalifa bin Zayed Al Nahyan, His Highness Sheikh Mohammed bin Rashid Al Maktoum, Vice-President and Prime Minister of the UAE and Ruler of Dubai, attended a reading retreat, along with 100 important national figures to promote reading and make it a permanent habit in the UAE.

Earlier, the UAE President announced 2016 as the Year of Reading, being an essential skill for a new generation of academics, researchers and innovators. 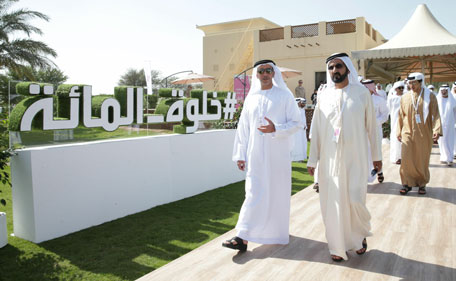 “The retreat intends to set a strategy, initiatives and sustainable programmes through which we can make a real difference in our future generations and consolidate reading to become a genuine habit in our society and institutions."

He added: "Reading is the first skill needed by our children. The function of the government is not only to provide services but to build brains and skills. “The next development phase requires a cultured and reader generation with a passion for curiosity and depth of learning."

“Every responsible father and mother and all those keen on the future of our children are our partners in reading. We want to read in every school, department and office, home and in all our facilities, and our gardens and our streets. The starting point is here from the retreat of 100 figures." 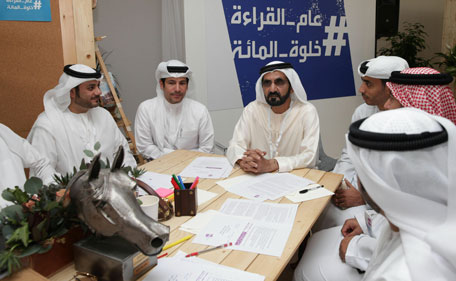 The participants discussed more than 100 ideas and initiatives, which will be the backbone of long-term strategy.

Sheikh Mohammed directed the setting up of a higher supervisory committees for the year of reading.

It includes the competent public officials from the Ministries of Culture, Education and others.

It will be chaired by Mohammed bin Abdullah Al Gergawi, Minister of the Cabinet Affairs.

The committee will set an integrated strategy and comprehensive national framework to encourage reading and change the societal conduct to spread the reading culture among all the categories. 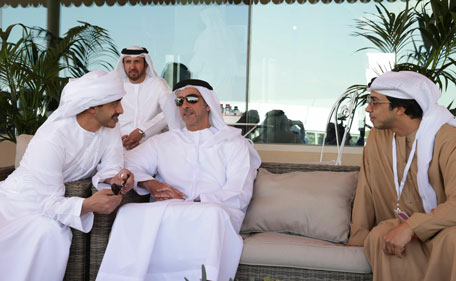 It will co-ordinate all efforts to consolidate the UAE as the capital for knowledge content in the region, and implement the directives of the President to allow a reader generation to graduate and become capable of leading a knowledge-driven economy.

The media sector is the main channel to reach out for all sectors to implement the national plan to make the UAE a beacon for of knowledge and development through the reading.

Thus, the group that represents the media sector includes seasoned media personalities in the UAE, led by Dr. Sultan bin Ahmed Sultan Al Jaber, Minister of State and Chairman of the Board of National Media Council.