Indian baby survives being run over by train

An Indian baby who was dropped onto railway tracks moments before a train passed through the station has escaped unscathed. 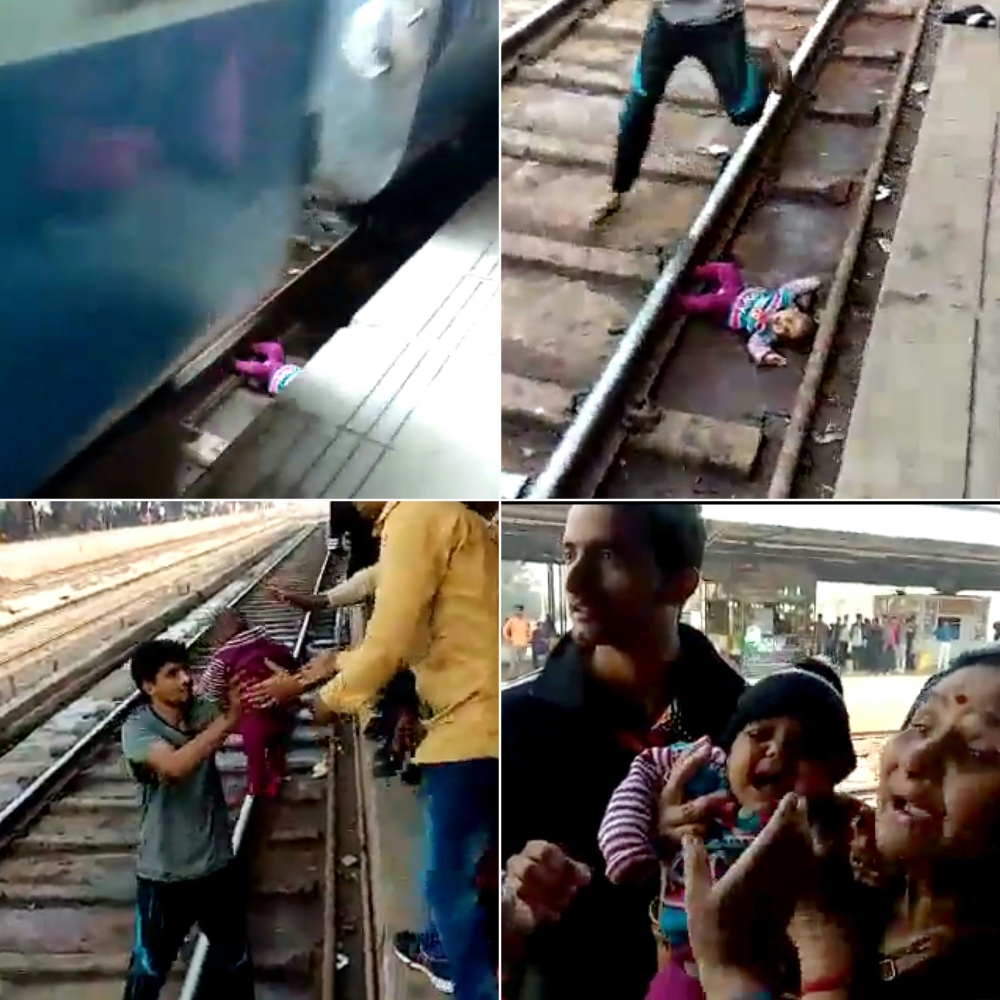 The dramatic incident, captured on cell phone footage Thursday, showed a train rolling over the infant in Uttar Pradesh state as screaming onlookers stand by hopelessly.

The one-year-old reportedly fell into the gap between the carriage and the platform as the girl's parents were stepping off the train.

She was wedged flat on her back alongside the track as the train left the platform, picking up speed and thundering overhead - but just missing her.

Once the train passed a man quickly scooped up the tiny child who, apart from crying, was astonishingly left unscathed by the terrifying incident.

Indian media reported that the girl's parents lost grip of their child as a crowd surged from the train onto the platform in Mathura city.

Indian railway officials said the lucky escape was a reminder to be cautious at all times on crowded trains.

"We are actively running campaigns to sensitise people against travelling on rooftops or standing on foot boards of the train doors," said G K Bansal, a railways spokesman.

India's huge railway network is notorious for overcrowding and accidents, including scores who die while crossing the tracks illegally or falling off over-capacity trains.

A 2012 government report described the loss of 15,000 passengers to rail accidents every year in India as a "massacre".

The government has pledged $137 billion over five years to modernise the crumbling network.