When a Thai Airways flight hit a patch of turbulence, five crew members and one passenger were left injured.

The airline has issued a statement following the incident and apologized to the passengers while praising the pilots for landing the aircraft safely.

However, about 72 passengers and 12 crew members were left terrified when a flight from Jakarta to Bangkok when the jet was caught in turbulence above Singapore. 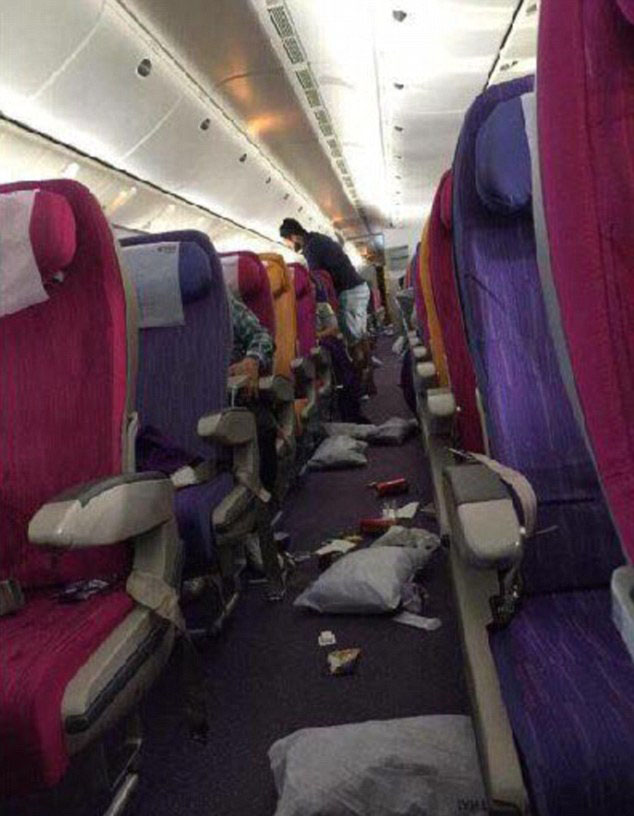 The Boeing 777 plane resembled a 'war zone' with passengers' belongings strewn about and what appeared to be blood was splattered across one seat in the images shared on social media by Kru P’Birth, a member of Thai Airways cabin crew.

The injured passenger is said to have banged his head on the roof of the plane after he was thrown into the air since he was not wearing his seatbelt, Thai news site Khaosod reported.

"All those who were hurt on the aircraft have returned home from hospital," the airline's statement read.