Two cars went up in flames on Sheikh Zayed Road this morning as summer temperatures inch up.

A car went up in flames near the Dubai Internet City Metro Station near Tecom at 11am this morning.

Civil Defence personnel and an ambulance reached the spot in no time and managed to bring the fire under control. 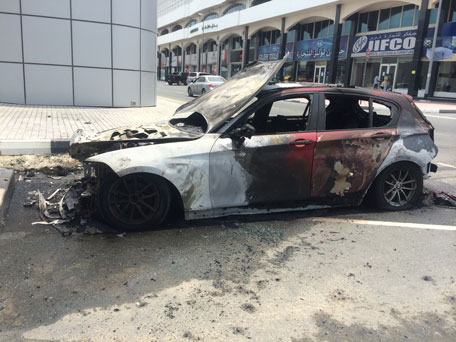 The driver, an Egyptian, managed to get out of the vehicle before it went up in flames. He told Emirates 24|7 that the car stalled suddenly as he was driving on the Tecom link road that connects with Hessa Street. In a moment, the engine caught fire, and that's when he said he quickly jumped out of the car.

No one is said to have been hurt although the cause of the fire is still not known.

Traffic that had built up before Civil Defense managed to bring the fire under control has now reportedly started clearing. 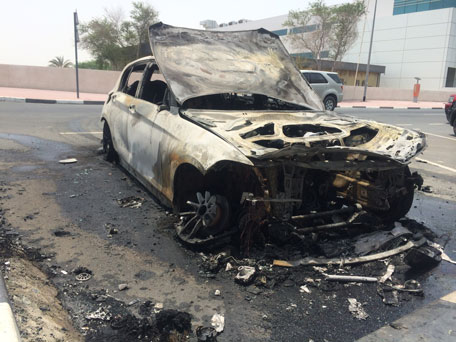 The other car, a rental BMW, went up in flames a few kilometres down Sheikh Zayed Road almost around the same time.

The vehicle was being driven in front of Oasis Centre Mall by a Jordanian national when he spotted that the car's engine was overheating. That's when he pulled over into an empty parking slot and jumped out, just before the car went up in flames.

Civil Defense personnel attended immediately to this fire too, and no one was said to be injured.