The death toll from Hurricane Michael has risen to at least 17 with fears it would continue to climb Saturday as search-and-rescue teams scour the debris of the Florida town that bore the brunt of the monster storm.

"Mexico Beach is devastated," Florida Governor Rick Scott said of the town where Michael made landfall as a Category 4 storm on Wednesday.

Rescue teams were using sniffer dogs in Mexico Beach on Friday to search for victims who may be buried under the rubble in the debris-strewn community.

US media later reported one death in the town - an elderly man found alone, according to Mayor Al Cathey. Officials said his body was found hundreds of yards from his home.

Brock Long, head of the Federal Emergency Management Agency (FEMA), warned that he expected the toll to rise.

"I hope we don't see it climb dramatically but I have reasons to believe we still haven't got into some of the hardest hit areas," he said.

Dozens of structures in Mexico Beach - homes, shops and restaurants - were lifted off their foundations by storm surge and 155 miles per hour (250 kph) winds and moved hundreds of feet inland or smashed to bits.

"Very few people live to tell what it's like to experience storm surge," Long said. "Storm surge causes the most amount of loss of life."

It seemed that Sarah Radney was safe inside her grandparents’ home when Hurricane Michael roared into southwest Georgia after smashing across the Florida Panhandle. If the family feared anything, it was probably falling trees — not a carport next to the house that would cause a deadly but freak accident. 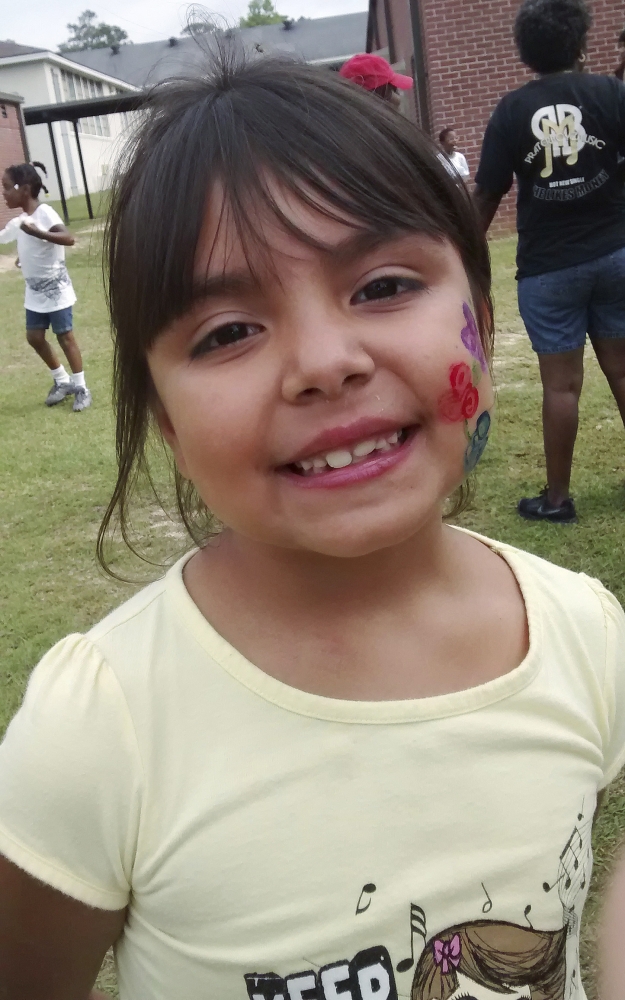 Authorities say Michael’s powerful winds lifted a portable carport structure next to the house high into the air and slammed it back down on the house. When it landed, one of the legs tore through the roof, fatally striking the 11-year-old girl in the head.

The girl’s death was one of at least three blamed on Michael after it slammed ashore Wednesday in the Florida Panhandle and then blustered across several Southeast states as a still-potent but downgraded storm.

Search and rescue teams combed through shattered US communities on Thursday looking for victims of Hurricane Michael, a Category 4 monster storm which carved out a swathe of destruction in the Florida Panhandle, killing at least six in three states.

In Mexico Beach, a seafront town where the hurricane made landfall, houses had been razed by storm surge, boats had been tossed into yards and the streets were littered with trees and power lines.

Florida Governor Rick Scott said the storm had caused "unbelievable devastation" and the priority for the moment was looking for survivors among residents who failed to heed orders to evacuate.

"I'm very concerned about our citizens that didn't evacuate and I just hope that, you know, we don't have much loss of life," Scott told ABC.

The US Army said more than 2,000 Florida National Guard soldiers were working on the recovery operations.

There have been six confirmed storm-related deaths so far - four in Florida's Gadsden County, one in Georgia, and one in North Carolina.

"Our hearts are with the thousands who have sustained property damage, in many cases entirely wiped out," Trump said. "We will not rest or waver until the job is done and the recovery is complete."

Florida officials said more than 400,000 homes and businesses were without electricity in Florida and Governor Scott said nearly 20,000 utility workers had been deployed to restore power.

Michael made landfall on Wednesday afternoon as a Category 4 storm, the most powerful to hit Florida's northwestern Panhandle in more than a century.

Michael has since been downgraded to a tropical storm as it moves through the Carolinas, which are still recovering from last month's Hurricane Florence.

Forecasters say Michael is weakening but still a hurricane with 75-mph (120-kph) winds as it crosses central Georgia.

The low-level Category 1 hurricane was picking up speed and moving to the northeast at 20 mph (32 kph).

The Miami-based hurricane center says Michael will move across Georgia through the night and early Thursday morning. It is expected to then cross the Carolinas and move off the Mid-Atlantic coast by early Friday.

Michael made landfall Wednesday afternoon in the Florida Panhandle as a powerful Category 4 hurricane, with at least one death reported there.

Hurricane Michael closed in on Florida's Gulf Coast Wednesday as an "extremely dangerous" category four storm packing winds of up to 140 mph (220 kph) and a huge sea surge, the National Hurricane Center said.

Forecasters were calling it an "unprecedented" weather event for the area.

The center said the storm could grow and is expected to slam ashore later in the day in Florida as a "life-threatening event."

As outer rainbands from the storm lashed the coast, it said a storm surge of up to 13 feet (four meters) was expected in some areas.

Some 375,000 people in more than 20 counties were ordered or advised to evacuate, news reports said.

The National Weather Service office in the state capital Tallahassee issued a dramatic appeal for people to comply with evacuation orders.

"Hurricane Michael is an unprecedented event and cannot be compared to any of our previous events. Do not risk your life, leave NOW if you were told to do so," it said.

Hurricane Michael intensified Tuesday as it barreled toward the Florida coast, becoming a major Category 3 storm capable of "devastating damage" which the state's governor warned could be the worst in decades.

Michael packed winds of 120 miles per hour (195 kilometers per hour) as it aimed for the Florida Panhandle, the finger-shaped strip of land on the Gulf of Mexico.

"#Michael could be one of the worst hurricanes to ever strike the Florida Big Bend/Florida Panhandle region," he warned. "We only have today and Tuesday to complete lifesaving preparations at the coast and inland. Evacuate as instructed from storm surge and shelter smart from wind!"

Governor Rick Scott, who has activated 2,500 members of the National Guard in response, echoed Knabb's assessment saying that: "Hurricane Michael poses a deadly threat (as the) most destructive storm to hit the Florida Panhandle in decades."

"If they decide to stay, there will be a point where we can't get to them," Couch said. "We will shut down operations at a certain point and when we do that, they're on their own.

President Donald Trump issued an emergency declaration for the state, freeing up federal funds for relief operations and providing the assistance of the Federal Emergency Management Agency (FEMA).

"It is imperative that you heed the directions of your State and Local Officials. Please be prepared, be careful and be SAFE!" Trump tweeted.

State officials issued disaster declarations in Alabama and Georgia, both of which are also expected to feel the impact from the storm.

Florida was warned Monday to plan for "life-threatening" flash flooding as Michael heads for the US Gulf Coast, where it is expected to make landfall midweek as a major Category 3 hurricane.

The alert came as the tropical storm system strengthened to a Category 1 hurricane, packing maximum sustained winds of 75 miles (120 kilometers) per hour, earlier in the day.

By 1800 GMT, it was nearing the western tip of Cuba, off Mexico's Yucatan peninsula, and was forecast to push through the Gulf of Mexico before moving inland over the northern Gulf Coast of Florida, the Miami-based National Hurricane Center (NHC) said.

It is expected to be a violent Category 3 hurricane -- with the power to uproot trees, block roads and knock out power for days -- by the time it hits Florida on Wednesday, before moving across the southeastern United States through Thursday.

"#Michael could produce three life-threatening hazards along portions of the northeastern Gulf Coast:
storm surge, heavy rainfall, and hurricane-force winds, with storm surge and hurricane watches in effect," the NHC said on Twitter.

"Residents in these areas should follow advice given by local officials."

Torrential downpours could produce "life-threatening flash flooding," the NHC said, from the Florida Panhandle and Big Bend region into portions of the Carolinas through Thursday.

The first rains from Michael were already beginning to soak the Florida Keys on Monday, with up to four inches (10 centimeters) expected to fall through Tuesday.