British detectives said on Wednesday they were hunting for thieves who broke into one of their own police  stations and stole their uniforms and radios.

The crooks burgled the police station in Uddingston, not far from Glasgow in Scotland, in the early hours of  Tuesday morning when the office was shut.

"At no time has the safety of the public or any officer been jeopardised as a result of this break-in," said  a spokeswoman for Strathclyde Police.

She declined to say how the audacious criminals had got into the  building but added the radios had been disabled and could no longer be used.

Russia's Medvedev blog down due to cyberattack 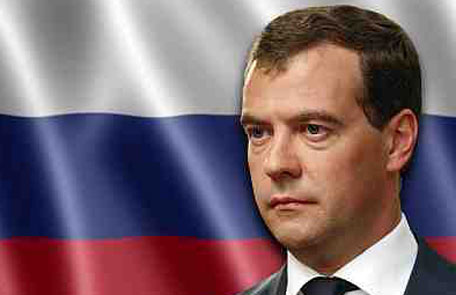 Russian President Dmitry Medvedev's blog has fallen victim to a cyber attack on a hosting website which is  popular with government critics who say the attack may herald a clampdown on freedom of speech.

Medvedev's blog at https://community.livejournal.com/blog_medvedev was down for at least an hour on  Wednesday, before service was restored. A Kremlin official who declined to be identified confirmed the  shutdown was due to a cyber attack.

Livejournal hosts more than 4.7 million Russian bloggers who exchange information and share critical views which cannot be expressed in the mainstream media. Many bloggers carry out their own investigations into crimes by officials.

"Possibly, we are witnessing a field exercise aimed at preventing public unrest during the State Duma elections in December and the presidential vote in March," opposition politician Vladimir Ryzhkov, also an active Livejournal blogger, said on his website www.ryzhkov.ru.

Internet services played a prominent role in popular uprisings in the Middle East, prompting some governments to shut down the Internet. Russian authorities are keen to avoid similar scenarios in the run up to the election for the lower house of Russia's parliament.

"Denial of service" attacks on Livejournal - a simple, but effective way to disrupt a website by swamping it with outside requests or messages -  started as early as March 24, Alexander Gostev, anti-virus expert at Kaspersky Labs said.

He said the first site to come under attack was a blog of Russian anti-corruption activist Alexei Navalny on March 24.

On April 4, the same "botnet", a collection of software agents which run the malicious software, received cyber commands to attack other popular Russian blogs, among them Medvedev's, he said.

"Possibly, by expanding the number of targets for their attacks, the masterminds are trying to hide the original purpose of their illegal acts," he said.

Ilya Dronov, an executive at SUP, a company which runs Livejournal, said in a statement that the attacks were aimed at destroying the site. Gostev said finding those responsible would require a large-scale international police operation.

Posted on YouTube by practical joker 'The Glooper,' who has already successfully targeted French President Nicolas Sarkozy and billionaire Microsoft founder Bill Gates, the clip was filmed during a speaking engagement at the Catholic University of Louvain-la-Neuve, near Brussels.

It is the second time the archbishop has been targeted. Leonard enraged gays last year when he suggested Aids stemmed from the wrath of God, labelling the disease "a sort of intrinsic justice. 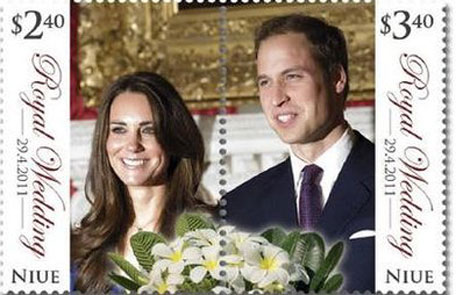 A British minister said on Wednesday that more than a quarter of the world's population was expected to watch television broadcasts of this month's royal wedding between Prince William and Kate Middleton.

Prime Minister David Cameron's spokesman said a figure of 2 billion people was provided by Culture Secretary Jeremy Hunt during a briefing at a cabinet meeting where he also said preparations for the April 29th nuptials were going well.

"The Culture Secretary ... said (the wedding) is likely to be a major global event viewed by around 2 billion people around the world," the spokesman said.

Some 750 million people are said to have watched William's father, heir-to-the-throne Prince Charles get married to the late Princess Diana in 1981, while some reports suggested that as many as 2.5 billion watched Diana's funeral in 1997.

There are some 6.9 billion people in the world, according to figures on the website of the US Census Bureau.