Plane flew 7 times with a dead man on board

A plane made seven flights carrying a dead man in its wheel well before crews made the grisly discovery, according to news.com.au.

The iFly Airbus A330-300 completed a flight from Italy to Moscow last Thursday when maintenance crews noticed blood stains on its landing gear.

The blood came from the remains of a man who froze to death, according to an autopsy.

“The man was apparently flying without a ticket," Russia’s Investigative Committee said.

An investigation is ongoing to see how the man ended up in the landing gears of the plane. Authorities say the man, who carried a Georgian passport, boarded the plane four days before he was found dead, according to news.com.au.

Boy killed by dog after home is destroyed in tornado

A 5-year-old boy whose home was destroyed in the deadly tornado that swept through Moore, Oklahoma, last month was killed in a dog attack Sunday at the Arkansas home where he had been staying.

Officials say Fox 16 the boy and his 2-year-old sister were staying with a family friend, 50-year old Lynn Geiling, as their parents worked on rebuilding their home back in Moore.

Geiling told investigators the Bullmastiff attacked when the animal saw the boy throwing a tantrum. She was able to pull the dog off the child but he was later pronounced dead at a local hospital.

"You can't imagine, you know, what this family and friends are going through right now," Garland County Deputy Scott Hinojosa told Fox 16.

Animal control officials say the dog was killed by a resident Monday. Investigators have not yet determined whether anyone will face charges in the boy's death.

Villagers in last stand to save Belgian ghost town 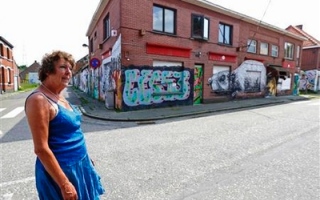