Identical triplet girls who were born about 10 weeks premature at a Houston hospital have gone home. 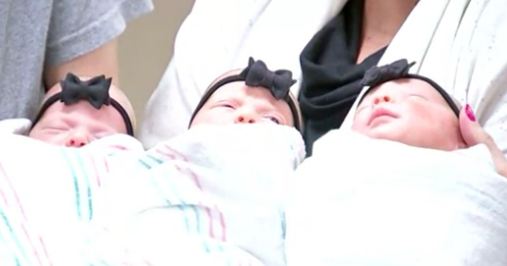 The girls were born Dec. 1 to Stephanie and Brad Harris of League City. The babies weighed between 3 pounds and 3 pounds, 8 ounces at birth. They spent their first few weeks in neonatal intensive care.

Stephanie Harris says doctors at first told her to expect twins. A later ultrasound determined she was having triplets.

Brad Harris says he's prepared for fatherhood, even though he's vastly outnumbered by females in the family.

Memorial Hermann Southeast Hospital officials say the girls were the first set of identical triplets delivered there since the hospital was established in 1963.