Mayweather stops Nasukawa in 1st round, flooring him 3 times 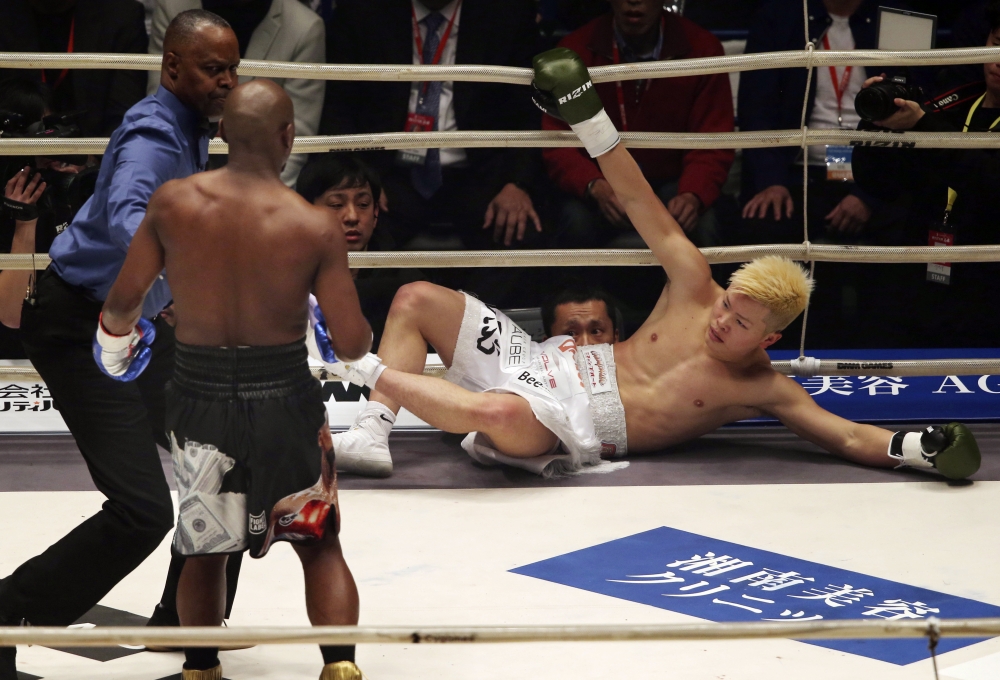 Nasukawa's father in the corner threw in the towel as his 20-year-old son bravely teetered around the ring trying to get up. In a totally one-sided contest, Mayweather had Nasukawa on the canvas three times within two minutes.

It was a quick and definitive victory for the 41-year-old American. He was gracious in victory, hugging the weeping Nasukawa and calling him "still a great champion." Nasukawa, however, barely landed a clean punch against the vastly more experienced Mayweather.

The rules for the three-round contest - organized by The Rizin Fighting Federation and held at Saitama Super Arena on the northern outskirts of Tokyo - were no kicking allowed and no official record of the match. 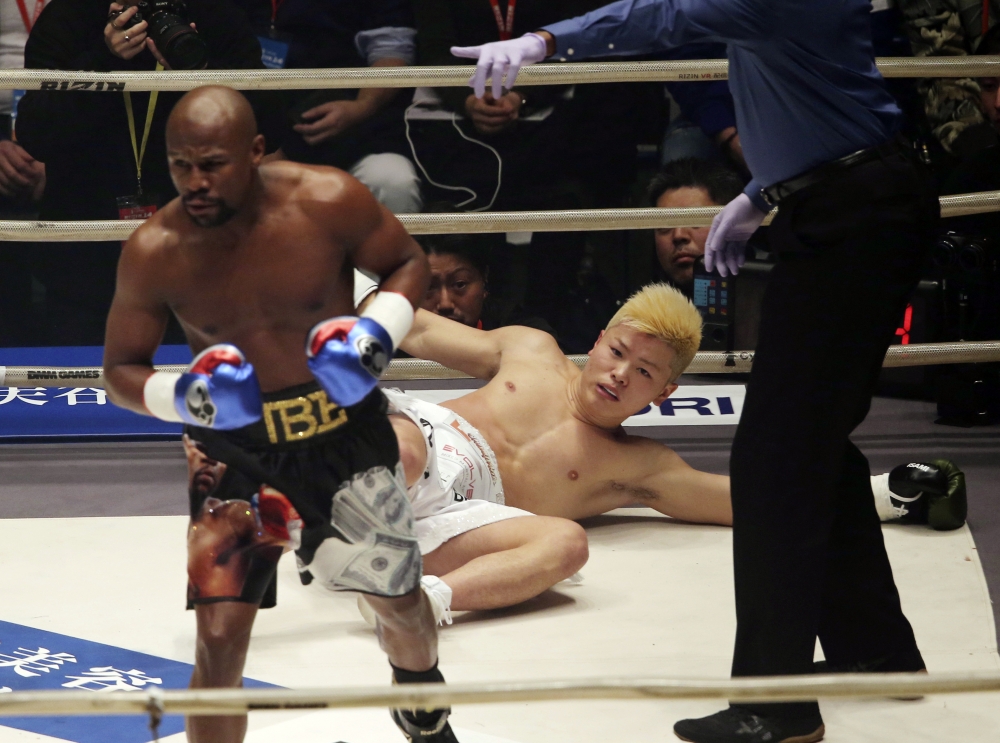 Mayweather has won all 50 of his pro fights, while Nasukawa has an undefeated record in kickboxing and mixed martial arts.

"It's all about having fun," Mayweather told reporters after the fight, praising Nasukawa as a "young hungry lion."

The Mayweather-Nasukawa bout culminated an evening of more than a dozen fights, streamed by FITE for a fee, but not in the U.S. Fuji TV was the broadcaster in Japan.

Mayweather, who hasn't fought since beating UFC star Conor McGregor more than a year ago, said he was retired and came to Tokyo to give an opportunity to a younger fighter like Nasukawa.

"I told Tenshin to 'hold your head up high,'" Mayweather said.