Shake it, shake it (your phone, i.e): Dubai's new taxi app that will get you moving

Have you ever seen a person shaking his phone while waiting somewhere down the street? This image is likely to increase in appearance, as it will be the smart way to order a taxi in Dubai.

“You used to shake your hands to stop a taxi, now you will now need to shake your phone," says Adel Shakri, Director, Transport Systems of the Road and Transport Authority's Public Transport Agency at Gitex Technology 2013 at the Convention Centre of the Dubai World Trade Center (DWTC) yesterday.

How the RTA's taxi app looks.

You will have to download the RTA smart taxi app however, which will be launched before the end of the year.

“This Smart Taxi application has a first of its kind concept of ‘shake-a-taxi’. 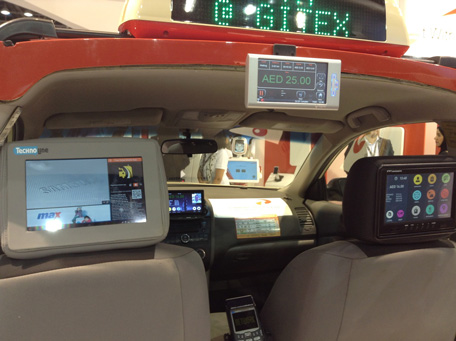 DubaiTaxi of the future on show at Gitex.

“This functionality will allow the customer to get a taxi just by shaking his cellular phone.

"In order to use the app, the customer needs to enter his contact number and when the phone is shaken, the app will look for available taxis nearest to the customer automatically,” explains Adel.

Although an app to order a Dubai taxi is already available, this new updated version will have a couple of innovations, explains Ahmed Bahrozyan, Director Strategic Planning & Corporate Performance, RTA. 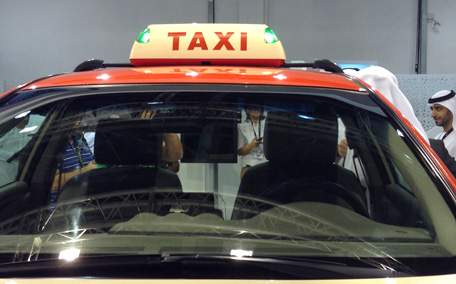 The shaking element will run on Android, iPhone and Windows platform as well.

Also new will be the integrated GPS function.

Once you have shaken your phone, your location has been registered, the nearest taxi driver will be buzzed on a new device fitted in the taxi.

"Once the driver has accepted the request, the customer receives a message with a picture of the taxi driver, his location and the time he will need to reach the location," said Ahmed. 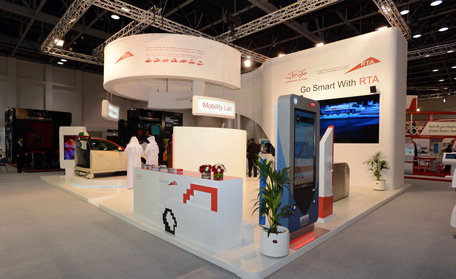 The RTA stand at Gitex.

“Customers would also be able to rate the driver’s performance.

“This would definitely allow RTA to obtain real-time customer feedback and improve the overall customer satisfaction and interface. More than 8,007 taxicabs in the emirate of Dubai will be covered as part of this smart government initiative,” Adel explained.

Proudly placed at the center of the RTA Gitex stand is the new Dubai taxi cab, fully equipped with all the new features.

"Especially for tourists, who form an important part of Dubai's taxi customer base, this will be convenient," explains Ahmed.

"Beside payment with cash money, the customer will be able to pay by credit card, Nol card and if the NFC software is installed the smart phone may be used."

With a single scan, a demonstrator shows how the smart phone easily picks up the barcode on the payment machine. After a couple of seconds, a confirming receipt rolls out.

Ahmed then points to the roof of the taxi. "There will be a smart light on the roof. Whereas now this light can only turn red or green, on the new taxi it will indicate whether the taxi is booked, available, occupied or out of service," he explains.

In case of booked taxis, which will be distinguished from the regular taxis, a second device is placed on the back of the front passengers' seat.

"On this device customers can see the estimated taxi fare, time to destination, and other information linked to the device of the taxi driver," Hisham says.

The different features will be implement step by step to form the complete smart taxi before the end of the year.