Amid farmlands on the outskirts of Beijing, a massive construction site rising above the horizon bustles with activity as 8,000 workers build a new mega airport. 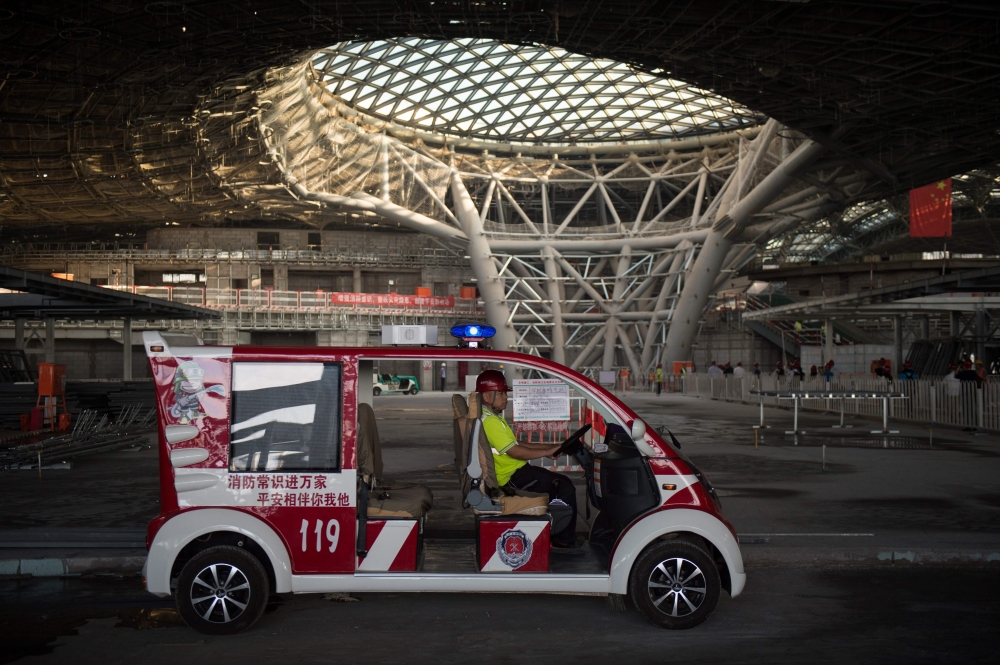 It will operate at full capacity by 2025 with eight runways expected to transport 72 million passengers annually - making it set to be the world's busiest airport.

The International Air Transport Association has forecast that by 2020, existing airports in Beijing, Manila and Singapore will have reached full capacity.

"All our projects have finished on time or ahead of schedule and our techniques are all in line with international standards," Li told journalists on Thursday during a site visit.

Built at a cost of 63.9 billion yuan ($9.35 billion), the new airport will use some 200,000 tonnes of steel, the same amount used in building China's Liaoning aircraft carrier, Li said.

He added that builders have been working at a rate equivalent to putting up one 18-storey building a day.

Inside the construction site, beams of light shone through the glass roof illuminating the dark insides of the building.

Some 7.8 billion people are forecast to fly worldwide by 2036 with nearly half of passengers flying to, from, or within Asia Pacific said IATA chief Alexandre de Juniac earlier this year.