The global economy is slowing down. Accurate reporting on global economic developments is crucial to keep the public informed about its possible impact on the Arab region, a leading UK professor has warned. 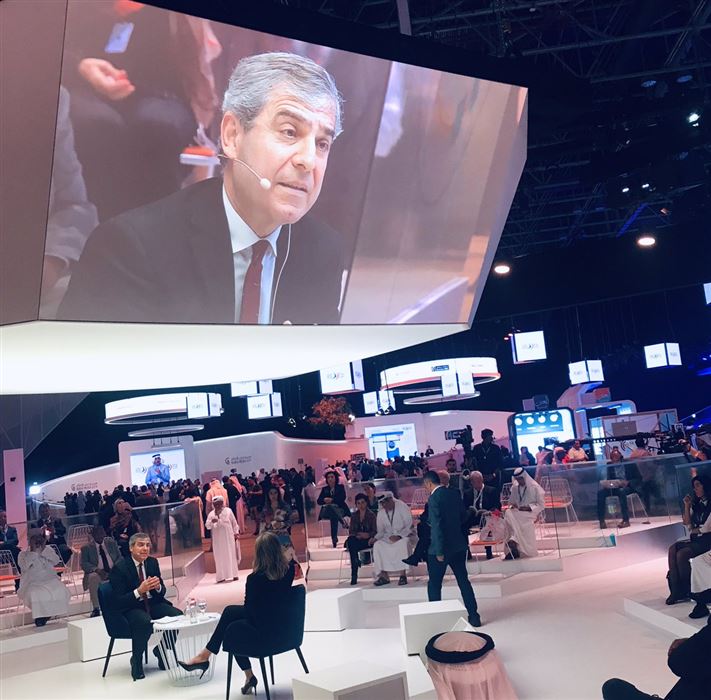 Fawaz Gerges, Professor of International Relations at the London School of Economics and Political Science was speaking during a discussion on the second day of the 18th edition of the Arab Media Forum (AMF) titled ‘How Economic Changes Transformed the Media Landscape’. The two-day conference is being held from March 27-28 at the Dubai World Trade Centre.

Commenting on the current state of the global economy he said, “We know that the global economy slowed down by about 2.3 percent by the end of 2018. This will have serious repercussions. The economy is weaker and softer since the crisis in 2008-09. There is a lack of growth in China and the US. Economic growth across Europe has slowed. The German economy did not grow for the last three months.”

According to him, the ECB and IMF have started formulating policies to avoid the slowdown. “The perception is that the global economy has reached its cap. The slowdown is a reality today and some of the EU markets are in a recession and this will impact the Arab World,” he said.

Coming down heavily on Arab media reporting on the economy he said, “While economic news has gained prominence across the western media, the Arab media continues to politicise economic reporting, and when it does report, it lacks professionalism - be it in its analysis, forecast or even following up on stories.”

“However, we do have exceptions,” he added.

It is the media’s responsibility, he said, to inform the public about economic trends and how it could impact local investments and lives in general.

“Today we are talking about Brexit as if it is not going to impact us here and has no bearing on the economy here. If I am not mistaken, the total Arab investments in the UK and Europe amounts to about US$175 billion. There has been an outflow of US$3 trillion from the UK alone. There has been an increase in prices by 10 percent. There will be a disaster if there is a no deal Brexit. Obviously, it will have an impact on the economy in the region and on Arab investments.

The globe, he said, is witnessing a significant economic transformation and it is important to cover economic developments happening across the world and also discuss in-depth its impact on the region.

“For example, if we are not covering the trade war between the US and China, the Brexit and its ramifications, we are failing to report incidents that will have a great impact on people’s lives. In the Arab region, economic coverage is affected by politics. It is very important that when journalists cover the economy, it must not be hegemonised by government policies,” he said.

The problem, according to him, is however not just limited to the lack of expertise among business journalists. “The problem lies in the organic relations with government policies. We have to make sure that we will put an end to this co-relation between government policies and economic news.”

Commenting on the local economies in the region and efforts towards diversification, he said, “We cannot assess the Arab experiences in diversifying their economies and revenues immediately. It is a long-term process that is too complicated with high social costs. We cannot change the core of the economy without paying a social cost. Gradual reform is the key. The citizens have to be convinced that it is for their good. Restructuring of an economy usually takes three decades,” he said.