Captain Mohamed Juma Al Shamisi, CEO of Abu Dhabi Ports, has said that the volume of direct investments in Khalifa Industrial Zone, KIZAD, has reached AED70 billion. It has attracted more than 200 national and foreign investors, and contributed to building a diversified, sustainable and knowledge-based economy. 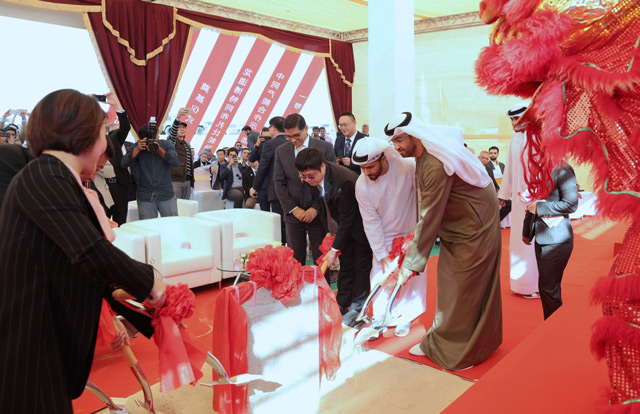 In a press statement on the sidelines of groundbreaking ceremony of the Chinese Roadbot Tyre Project KIZAD (Roadbot) - which is the first tyre manufacturing plant in the UAE, Al Shamisi said that there are 45 companies and factories operating in the industrial zone.

He affirmed that Abu Dhabi Ports maintained steady growth, with its contribution in 2017 to AED19.6 billion or 3.6 per cent of non-oil GDP in the Emirate of Abu Dhabi. He pointed out that the company aims to achieve balanced growth in the coming years to contribute 15 per cent of Abu Dhabi's non-oil GDP by 2030.

Abu Dhabi Ports CEO said that Roadbot has become the first Chinese firm to set up there since JOCIC and Abu Dhabi Ports signed a 50-year agreement in 2017.

He pointed out that the factory will meet the global tyre industry's highest standards of design and construction, and, when completed, be an intelligent, fully automated, and eco-friendly plant.

Al Shamisi went on to say, that the factory is at the centre of the Belt and Road initiative, and is the result of excellent partnership between the UAE and China. It also reflects the deep relations between the two countries. He added that the products manufactured in the plant will be sold in the Middle East, Africa, the United States, and Europe.