ADNOC Distribution, the UAE’s largest fuel and convenience retailer, has today celebrated the opening of its first three service stations in the Emirate of Dubai, located in Dubai Investment Park (DIP), Umm Eselay and Al Qusais. ADNOC Distribution operates in all seven Emirates. 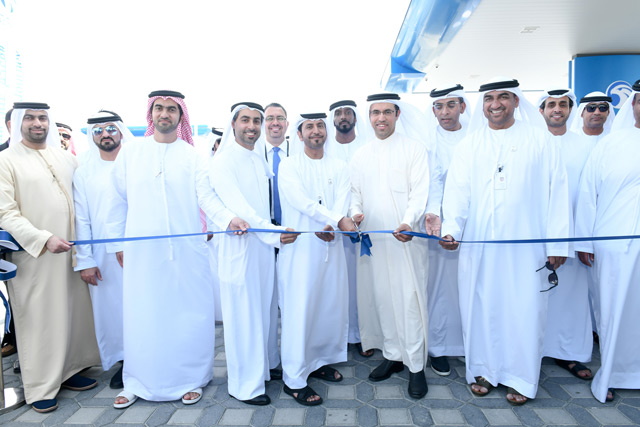 Speaking at the event, ADNOC Distribution Acting Chief Executive Officer Saeed Al Rashdi said, "ADNOC Distribution’s entry into Dubai is our opportunity to showcase to customers our great service and products. I would also like to acknowledge our partners in these three stations, ICD, with whom we worked closely to enter the Dubai market.

"Dubai is a vibrant and dynamic city, and as a market it offers enormous potential for further expansion. Today is just the beginning of our journey in Dubai, with further expansion to come inside the UAE and internationally in 2019."

At the opening ceremony, attendees were treated to a live art performance as leading Dubai mural artist Ramy Elzaghawy used an ADNOC Distribution fuel truck as a canvas on which to create a unique design that celebrates the company being the first fuel retailer in the UAE with a network servicing the entire nation. 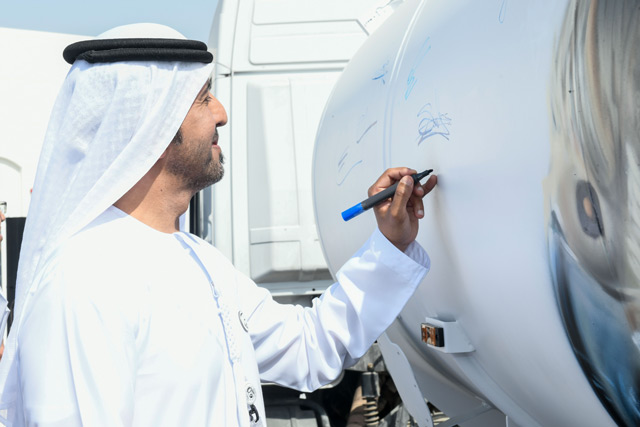 The original art piece uses the national symbol of the falcon in its imagery – which is also ADNOC Distribution’s logo – as well as acknowledging 2019 as the 'Year of Tolerance'. The fuel truck, which took several days for Ramy and his crew to paint, was signed by VIPs attending the celebration and will soon begin a tour stopping at ADNOC Distribution service stations across the nation.

ADNOC Distribution will roll out its Flex service across Dubai in the coming months following an initial free trial period which will enable customers to familiarise themselves with the fueling choices.