California news outlets late Tuesday said she appeared to be a vegan-themed content creator who has raged against YouTube on her personal website for what she saw as censorship of her videos.

"There is no free speech in real world and you will be suppressed for telling the truth that is not supported by the system," read a post on a website identified as hers by the San Francisco Chronicle. 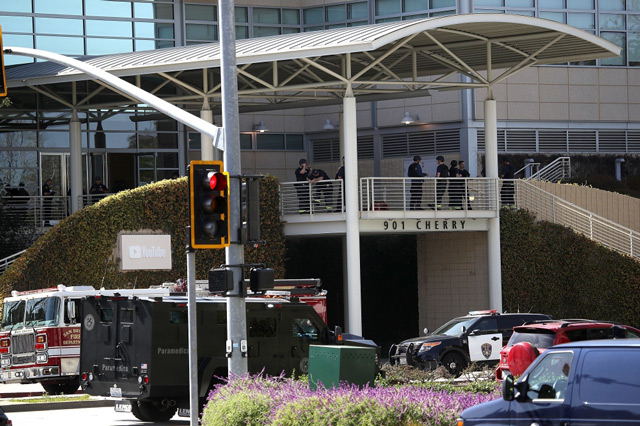 "There is no equal growth opportunity on YouTube or any other video sharing site."

Police had yet to formally released the name of the apparent shooter or confirm a motive.

Amid a chaotic scene in the city of San Bruno, a woman believed to be the shooter was found dead at the scene of the Google-owned video sharing service. 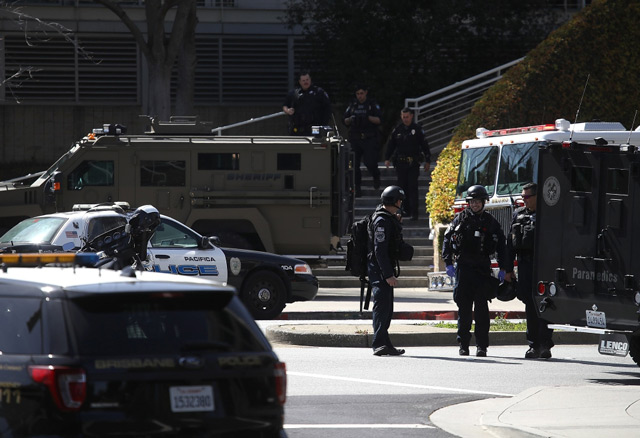 "We have one subject who is deceased inside the building with a self-inflicted wound," San Bruno Police Chief Ed Barberini told reporters. "At this time, we believe it to be the shooter."

Officers arriving to numerous calls for help saw employees running from the building, and found a person out front who appeared to be shot in the leg, according to police.

"I know a lot of you are in shock right now," Google chief executive Sundar Pichai said in a message to employees shared by the company on Twitter.

"I am grateful to everyone inside and outside the company for the outpouring of support and best wishes."

He thanked emergency workers for springing into action to help, and said that he and YouTube chief Susan Wojcicki were focused on supporting employees in the aftermath of the violence.

"There are no words to describe how horrible it was to have an active shooter @YouTube today," Wojcicki wrote.

"Our hearts go out to all those injured and impacted today. We will come together to heal as a family."

Shootings by women are a rare occurrence in the United States, where the overwhelming majority of gun violence is carried out by men.

According to an FBI study that looked at 160 incidents involving one or more shooters in public places between 2000 and 2013, just six of the people who opened fire were women, or 3.8 percent.

Barberini said the injured "have been transported and are being treated for injuries that are treatable."

Employees recounted frantic scenes as they fled YouTube's headquarters near San Francisco, with one saying he saw blood on the floor as he escaped.

The shooting took place around midday, when many at YouTube were having lunch.

"We were sitting in a meeting and then we heard people running because it was rumbling the floor. First thought was earthquake," employee Todd Sherman tweeted.

Sherman said that as he headed for an exit, "someone said that there was a person with a gun," adding that "at that point every new person I saw was a potential shooter."

Sherman's tweets continued: "I looked down and saw blood drips on the floor and stairs. Peeked around for threats and then we headed downstairs and out the front."

One image posted by a Twitter user showed employees being led out of the building with their hands up, with no further explanation.

Another YouTube employee, Vadim Lavrusik, tweeted: "Active shooter at YouTube HQ. Heard shots and saw people running while at my desk. Now barricaded inside a room with coworkers."

Later, Lavrusik said he had escaped to safety.

A worker told of a fire alarm going off at one point, prompting an exodus that grew more urgent as news of gunfire spread.

Witnesses reported helicopters on the scene as well as police SWAT teams.

The White House said President Donald Trump had been briefed and that his administration was monitoring the ongoing situation in San Bruno.

Shortly afterward, Trump tweeted: "Our thoughts and prayers are with everybody involved. Thank you to our phenomenal Law Enforcement Officers and First Responders that are currently on the scene."

YouTube headquarters is located some 30 miles (50 kilometers) from the main Google campus in Mountain View.

The shooting, which follows a series of deadly gun incidents at schools and elsewhere, comes amid heated debate on gun control measures in the United States.

Organizers of the March for Our Lives sent a message of solidarity to the employees hit by the latest shooting, tweeting: "Our hearts are with you, @YouTube."