Gold smuggling into India has risen sharply in recent months as overseas travellers, especially those returning from Gulf countries, are trying to sneak in gold bars and undeclared jewellery to profit on the margins.

A kilobar of gold bought in Gulf gold souks, for instance, and sneaked into India without declaring it at the customs counters, can earn the offenders almost Rs2.5 lakhs (Dh15,000) thanks to the 8 per cent import duty on the yellow metal.

However, it is most likely to land them in jail, as many a sneaky passengers have recently found out.

On Friday, July 12, an Indian was caught at the Ahmedabad International Airport trying to smuggle a one kilogram gold bar.

Mohammad Nizam had reportedly wrapped the gold in a plastic, and neatly sealed it with an adhesive tape.

According to media reports, he managed to almost sneak out of the Indian airport but the adhesive tape gave way and the plastic-wrapped gold fell off the airport trolley that he’d stuck it to.

Customs officials became suspicious when the man stopped to peel the plastic bag off the floor where it had become stuck, and a quick check revealed his offence. He’s now cooling his heels in jail.

A number of other passengers have also known to have come up with unique and innovative mechanisms of evading the new gold customs duty in India.

Last month, another passenger travelling from the Gulf was arrested at Mangalore after customs officials found 157 grams of gold ornaments hidden in a thermos flask.

Another man was arrested at Delhi’s Indira Gandhi International Airport when customs officials discovered that the cardboard cartons he was carrying, filled with food packets, were stapled with pins made of gold. Yet another had concealed the gold bars in his lower abdomen, it has been reported.

According to Indian media reports customs officials in Mumbai and Delhi confiscated about 35 kilograms of gold worth Rs9 crores (Dh5.5 million) in the month of June alone.

Customs officials also estimate that almost 10 to 12 kilograms of gold gets past customs on a daily basis undetected.

Last month the Indian government further raised the import duty on gold by two per cent to 8 per cent in an effort to control the current account deficit.

In January this year, the Indian government had raised the import duty on gold from 4 to 6 per cent. 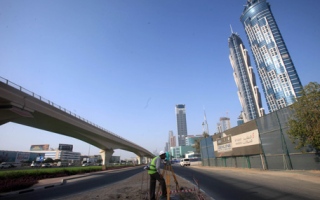 UAE MBAs expect a 271% pay-hike this year, but how realistic is that?