High drama unfolded in New Delhi late Wednesday as officers from India's equivalent of the FBI scaled the walls of a former finance minister's home to arrest him on corruption charges, local media reported. 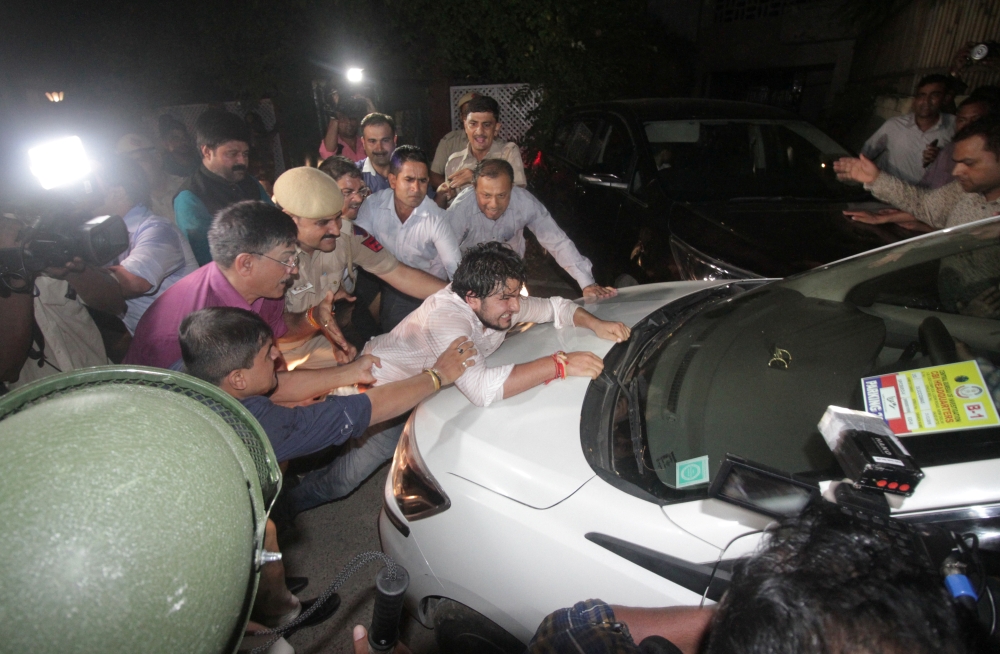 Earlier in the day, the Central Bureau of Investigation (CBI) had alerted airports to prevent Palaniappan Chidambaram, finance minister from 2004-2008 and again from 2012-2014, from leaving the country.

Chidambaram, 73, earlier this week failed to secure bail and had not been seen since Tuesday, until he showed up at the headquarters of the opposition Congress party on Wednesday to proclaim his innocence.

At a news conference, he called his accusers "pathological liars". 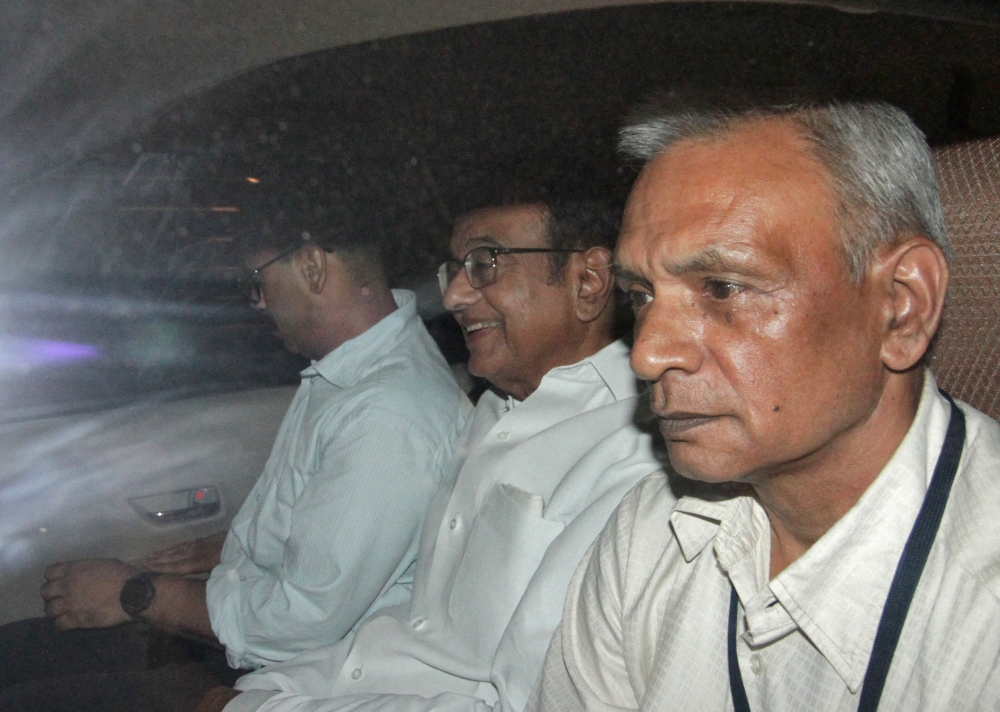 India's former Finance Minister Palaniappan Chidambaram (C) sits in a vehicle after he was arrested by the Central Bureau of Investigation (CBI) officials in his residence in New Delhi, India.

Driving then to his home in the upscale Jor Bagh neighbourhood, he was tailed by around 30 CBI officers who knocked at the doors before scaling the boundary walls, the Press Trust of India reported.

Once three officers were inside, they opened the gates to allow team members to enter, while others rushed to the back door to secure all exit points, PTI reported.

After Chidamabaram was arrested, party supporters gathered outside the home to protest. Some jumped on the car in which the politician was taken away, the agency said. 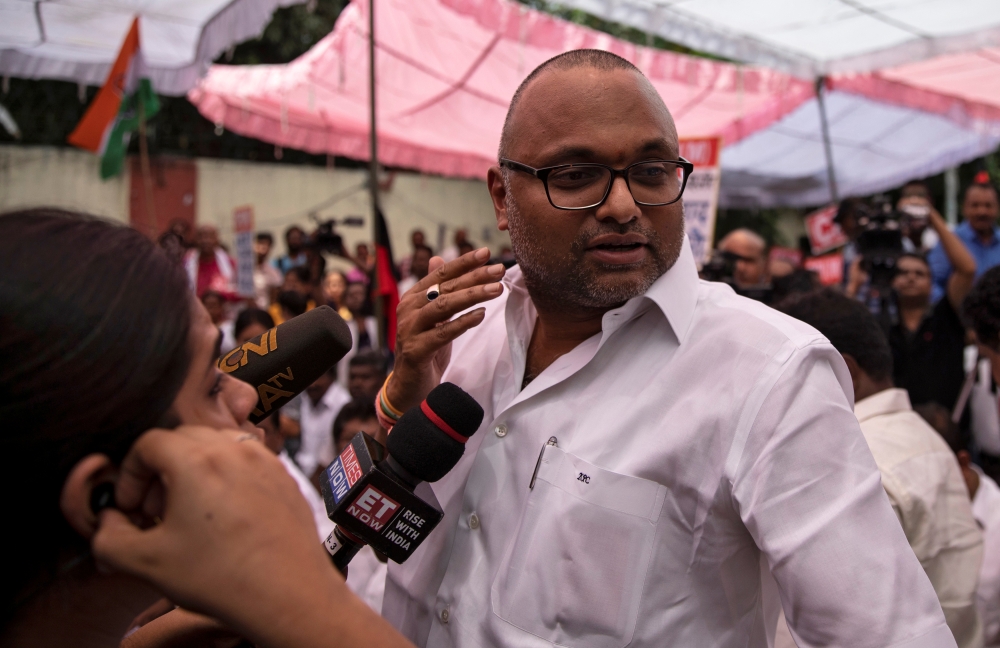 Karti Chidambaram, son of former Finance Minister P. Chidambaram, leaves a protest against the detention of political leaders in Kashmir after the scrapping of the special constitutional status by the Indian government, India. Photos: Reuters

Chidambaram has been charged in relation to alleged kickbacks and money laundering involving a media company when he was finance minister under former premier Manmohan Singh.

He was expected to appear in a special CBI court on Thursday, PTI reported.