Tom Hagen and his wife expected to celebrate their 50th wedding anniversary in 2019. Today, one of Norway’s wealthiest men just wants to know that Anne-Elizabeth Falkevik Hagen, the childhood sweetheart he married at age 19, is alive.

Her disappearance and suspected abduction from the couple’s home on Halloween has gripped a small, wealthy Scandinavian country with the fourth-lowest homicide rate of 36 European countries. Some argue that violent crime happens infrequently enough among the 5.3 million Norwegians that police are unprepared when it does occur.

The family and local police investigators kept the case secret for more than a month. But with leads drying up in the discreet probe, no suspects and the risk of witnesses forgetting vital information as more days passed, the family gave police the greenlight to go public with the case on Jan. 8. The following day, word was out. 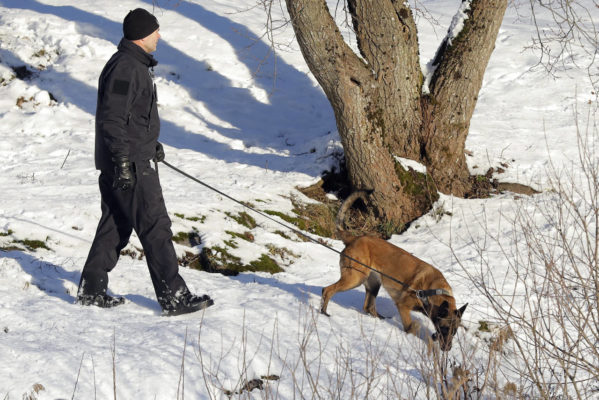 “It has been a topic for some time,” Svein Holden, the Hagen family’s lawyer, told The Associated Press. “When the police came to us saying this is the next necessary step in the investigation, the family trusted the police.”

The revelation turbo-charged the investigation. Police released security videos of men walking back and forth outside Tom Hagen’s workplace. More than 200 tips poured in. Officers and police dogs were seen scouring the grounds around the couple’s home.

A ransom for the missing woman’s release was demanded with “serious threats,” police said. They declined to give the amount, but Norwegian newspaper VG said it was for 9 million euros ($10.3 million) to be paid in Monero, a cryptocurrency considered popular among cyber-criminals.

Tom Hagen, the second-oldest in a farming family of 12 children, struck it rich in the real estate business he started in 1978. Last year, financial magazine Kapital estimated his fortune to be worth nearly 1.7 billion kroner ($200 million), wealthy but not uber-rich in Norway. The magazine put Hagen 172nd on its list of the country’s wealthiest people.

Known for being a modest and private man, Hagen has had to cope with the glare from public interest in his wife’s whereabouts as well as the trauma of not knowing himself if she is safe or suffering.

He and the couple’s three children “are dealing with the fact that this is the main topic in all of Norway, and that is what they are feeling,” said Holden, the lawyer. “It is an extra burden but they rely on the police. They have to put their own feelings in the background.”

Police have informed international police agency Interpol, which on January 10 put Anne-Elizabeth on the list of missing persons, raising fear she might have been taken out of Norway.

Four years ago, Reidar Osen, a wealthy Norwegian art dealer, was kidnapped in Bergen, southwestern Norway. He was beaten and partially buried. The gun jammed down his throat smashed his teeth and broke his jaw. But Osen managed to flee before his abductors received the 2 million kroner ($200,000) ransom they demanded.

The three suspects also escaped. Osen says his kidnappers spoke through their ski masks with accents that sounded eastern European. He felt badly let down when police failed to catch them and feared the image of law enforcement inaction or ineffectiveness would embolden potential copycats.

“I was worried that similar things could happen again,” Olsen told the AP. “I knew it would.”

The same had been said after a right-wing extremist killed 77 people in 2011, eight with a car bomb he set off in Oslo and another 69 when he opened fire at the nearby island summer camp run by the left-wing Labor Party’s youth wing. Anders Behring Breivik is serving a 21-year prison sentence for carrying out a terror attack.

Two days before she vanished, Anne-Elizabeth Falkevik Hagen was serving a friend coffee at her and her husband’s home in Loerenskog, east of Oslo and some 50 kilometers (30 miles) from the Swedish border.

“She is a very nice, charming, decent and beautiful woman, and they had a good relationship in their marriage, where she encouraged him in his life and his work,” Glenn Hartmann-Hansen, a former colleague of Tom Hagen’s who has known the couple for half of their marriage.

Nestled between a secluded forest and more densely built housing blocks, the house they have lived in since 1982 is modest by multimillionaire standards. Tom Hagen isn’t one to flash his fortune, Hartmann-Hansen said.

“He is a normal guy with a normal house … who walks to his work and brings his packed lunch in his pocket,” he said.

The property seemed to escape notice even though the people who lived there were rich. Many Norwegians would recognize it now from news coverage about the woman of the house who went missing on Halloween.

Holden said his client now hopes the extra attention might persuade the people believed to be holding her to make contact.

Police called for the three people seen in the Oct. 31 video to get in touch. Hagen’s 68-year-old wife, Anne-Elisabeth Falkevik Hagen, disappeared that day and police believe she has been abducted.

Chief police investigator Tommy Broeske said one of the men was seen walking on a road before turning around and going back down the road immediately. Police wanted to speak to the man, as well as another person walking on the same road and a passing cyclist.

According to Norway’s VG newspaper, a note found in the couple’s house, east of Oslo, claimed that Falkevik Hagen would be killed if the ransom — reportedly to be of 9 million euros ($10.3 million) — wasn’t paid in the cryptocurrency Monero or if the police got involved.

Police were informed about Falkevik Hagen’s disappearance on Oct. 31, but did not publicly speak about the incident until Wednesday. Since then, police had received “more than 100 tips,” Broeske said, adding “several seems to be interesting” without elaborating.

“We still have no suspects,” he said.

Hagen is number 172 on a list of Norway’s wealthiest people published by the financial magazine Kapital, with a fortune estimated to be nearly 1.7 billion kroner ($200 million) in 2018.

The wife of a Norwegian multi-millionaire missing for 10 weeks has probably been kidnapped and a ransom has been demanded for her release, police said Wednesday.

"Our main theory is that the victim was kidnapped by unidentified perpetrators at her home" in Lorenskog, about 20 kilometers (12 miles) from Oslo, he said, adding that police have from the beginning examined several possible theories about her disappearance.

Police have received no sign of life from the woman, "but we haven't received any indication that she isn't alive either," Broske said.

The cautious nature of the remarks could be an indication that police have not received proof that Hagen was indeed being held by the people demanding the ransom.

Police said they had no suspects at this stage.

According to daily Verdens Gang, the ransom demand was for nine million euros ($10.3 million) in the cryptocurrency Monero.

Investigators refused to confirm that amount but said they advised the family not to pay the purported kidnappers.

Such events are extremely rare in the wealthy Scandinavian country, which enjoys a generally low crime rate.

Police have been investigating the case discreetly for several weeks but decided to make it public in the hope that someone would come forward with information, Broske said.

Broske said investigators had had "very limited" contacts with the self-described kidnappers online, but refused to disclose the date of the most recent contact.