The Philippines' anti-corruption court on Friday ordered the arrest of former first lady Imelda Marcos after finding her guilty on seven counts of graft during the two-decade rule of her husband and former dictator, Ferdinand Marcos.

Marcos, 89, famous for a huge collection of shoes, jewellery and artwork, is facing dozens of protracted graft cases that have hounded her since her family was toppled in an army-backed popular uprising in 1986. 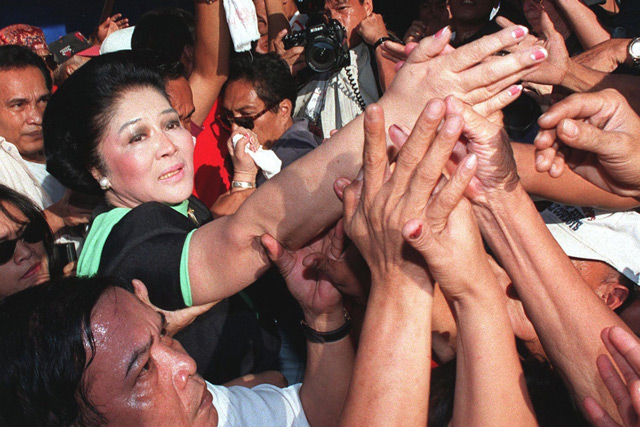 The court ordered Marcos, a congresswoman, to serve six to 11 years in jail for each of the seven counts of graft. She was charged for making seven bank transfers totalling $200 million to Swiss foundations during her term as Manila governor.

Marcos and her representatives did not attend the legal hearing on Friday. She could not be reached for comment and text messages and phone calls to her lawyer were not answered.

The arrest warrant may not be executed immediately because Marcos can appeal the ruling by the Sandiganbayan court, a prosecutor said.

"She can elevate it to the Supreme Court if she sees grave abuse of discretion in the Sandiganbayan's decision. So this is not yet final and executory," assistant special prosecutor Ryan Quilala told reporters.

Marcos, who has served three terms as a member of congress, has registered to contest an election to succeed her daughter, Imee Marcos, 62, as governor of Ilocos Norte, the stronghold of the still powerful Marcos family.

Ferdinand Marcos ruled the Philippines for two decades, placing the country under martial law in 1972, during which time thousands of opponents were jailed, killed or disappeared.

He was accused of amassing more than $10 billion while in office and died in exile in 1989. 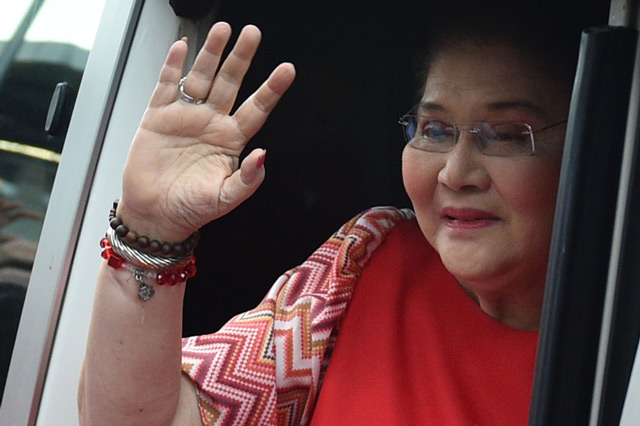 Duterte allowed Marcos' embalmed body to be buried at a special heroes' cemetery in 2016, and the president is often accompanied at official events by Imee Marcos.

Duterte's spokesman, Salvador Panelo, said in a statement the ruling against Imelda Marcos was proof that the executive "is not in the business of exerting undue interference or influence" on courts, and therefore respects the decision.