In a first, 150 drones participated in a logo release of a Bollywood film in a spectacular display on Monday night at the Kumbh Mela in North India.

It was a show of strength and perhaps an indication of what could be expected of the film Brahmāstra, directed by Ayan Mukherji and produced by Karan Johar in the first film starring the love birds – Ranbir Kapoor and Alia Bhatt.

Vijay Singh, CEO, Fox Star Studios, “Brahmāstra, at its core, is a vehicle that brings alive the boundless wisdom of ancient India. And what better event than the Kumbh that showcases India at its finest, as an ancient tradition of all its different cultures coming together in a glorious melting pot.” 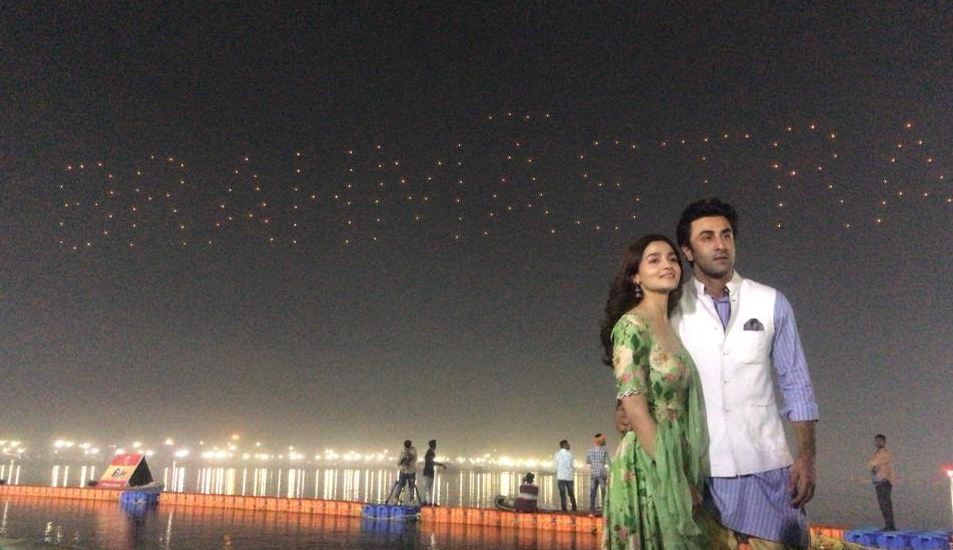 Karan Johar had earlier revealed that Brahmastra will be a trilogy and the first part was the one that they were shooting for. “It is a three-part series and once the first one comes, we will have one part each, every two years,” he had said then.

Despite being set in contemporary India, the film finds its roots in Indian mythology, abound with magical energies and powers. The makers could not imagine a more fitting platform than the Kumbh to commence the Brahmāstra journey.

Says Karan Johar, “The Kumbh is the epitome of our rich cultural history and is a reminder of our roots. It is everything that India stands for, a confluence of spirituality and history.”

Brahmastra is said to be a modern day fairytale set in Mumbai with all characters in the film having supernatural powers. Ayan Mukherji apparently spent five good years writing the script of the film which has been produced by Karan Johar and distributed by Fox Star Studios.

Meanwhile it was being speculated that Salman Khan starrer Dabangg 3 may not release along with Brahmastra during Christmas, but now Salman’s production house has sent across feelers that they will not budge from that date.