Amir Khan to be dad again

Amir Khan and Faryal Makhdoom have announced they are set to welcome their third child, a baby boy, into the world. 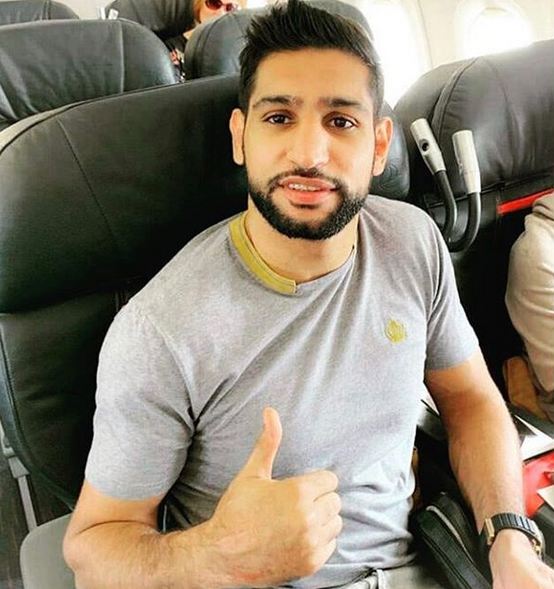 The former world champion boxer and his model spouse revealed on Wednesday that their daughters Lamaisah and Alayna are set to become big sisters as they are pregnant with a baby boy.

In a gender reveal video posted on Instagram, Faryal, 28, said: "We're having our third child, and we're so excited and nervous at the same time. He or she, what will baby Khan be?"

And the 32-year-old hunk continued: "I'm going to punch the balloon to see what the gender is." 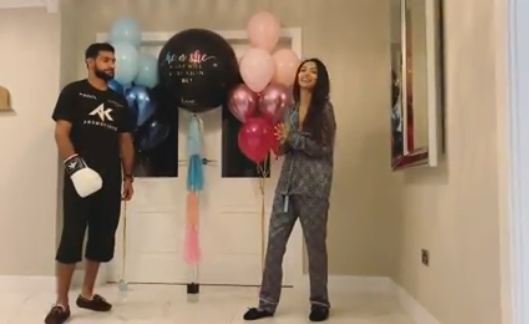 Blue confetti then poured out of the balloon, and an excited Amir gushed: "Oh wow, it's a boy! It's a boy!"

"Big shout out to @luxe.balloon.co (sic)"

The couple welcomed daughter Alayna last year, and their first child, Lamaisah, was born in 2014.

The pair tied the knot in a lavish ceremony at New York's Waldorf Astoria a year earlier.

The birth of Alayna followed a turbulent 2017 for Amir and Faryal which saw them split up and trade hurtful insults on social media before finally reconciling.

Amir blamed a "lack of communication" on the pair's marital problems.

During an appearance on 'Loose Women' at the start of 2018, he said: "You want to change things at times, the way it went public wasn't nice ... anger sometimes takes over. That happened in 2017.

"Hopefully going into 2018 we've both put that behind us, we've got a lovely baby coming this year, we have also have Lamaisah our daughter, my boxing career, [I will] get some good fights in.

"What went wrong? A lack of communication."

Faryal added: "It was just a misunderstanding. I was in England he was in Dubai, he thought he was a bit cool in Dubai doing some tweets."

Amir also admitted he hand found it tough being away from boxing with a hand injury, admitting he felt lost without the structure the sport has provided him since he was a boy.

"My family were very supportive, my parents, they helped me when I said I don't know what to do.