Angelina Jolie encourages her daughters to "develop their minds" before worrying about anything else in their lives.

The 44-year-old actress - who has six children, Maddox, 17, Pax, 15, Zahara, 14, Shiloh, 13, and 11-year-old twins Knox and Vivienne with her ex-husband Brad Pitt - has always stressed the importance of having your "own opinions" to her girls and has told them that being strong "independent" women is more important than anything else.

Penning an essay in the September issue of ELLE UK, Angelina said: "I often tell my daughters that the most important thing they can do is to develop their minds. You can always put on a pretty dress, but it doesn't matter what you wear on the outside if your mind isn't strong. There is nothing more attractive - you might even say enchanting - than a woman with an independent will and her own opinions."

And the 'Maleficent' star believes the world "needs more wicked women", who "refuse" to stay in the background and stand up for their own rights.

She added: "But looking across the world, we have to ask, Why is so much energy expended to keep women in a secondary position? Looked at in this light, 'wicked women' are just women who are tired of injustice and abuse.

"Women who refuse to follow rules and codes they don't believe are best for themselves or their families. Women who won't give up on their voice and rights, even at the risk of death or imprisonment or rejection by their families and communities. If that is wickedness, then the world needs more wicked women."

Angelina - who was named as a UNHCR Goodwill Ambassador in early 2001 - also went on to reveal she discovered her "true purpose" when she was working alongside refugees and survivors of conflict overseas.

She continued: "Who we are meant to be in life is something we all have to work out for ourselves. I think we can often go off track as women, because our instinct is to nurture or to adjust ourselves to society's expectations.

"It can be hard to take the time to ask ourselves who we truly want to be - not what we think other people will approve of or accept, but who we really are. But when you listen to yourself, you can make the choice to step forward and learn and change. I remember when that moment first came for me.

"I was in my twenties, meeting refugees in Sierra Leone during the closing stages of a brutal civil war. I understood for the first time the level of violence that exists in the world, and the reality of life for the millions of people affected by conflict and displacement. And I discovered [in my international work] my life's work and purpose."

The September issue of ELLE UK is on sale from Thursday 8 August 2019.

Maddox Jolie-Pitt, who turns 18 next week, has been accepted at Yonsei University in Seoul and will start taking bio chemistry classes in a few weeks.

A source exclusively told PEOPLE: "He got accepted to other universities but choose Yonsei. He has been studying Korean language. He has lessons multiple times a week to prepare." 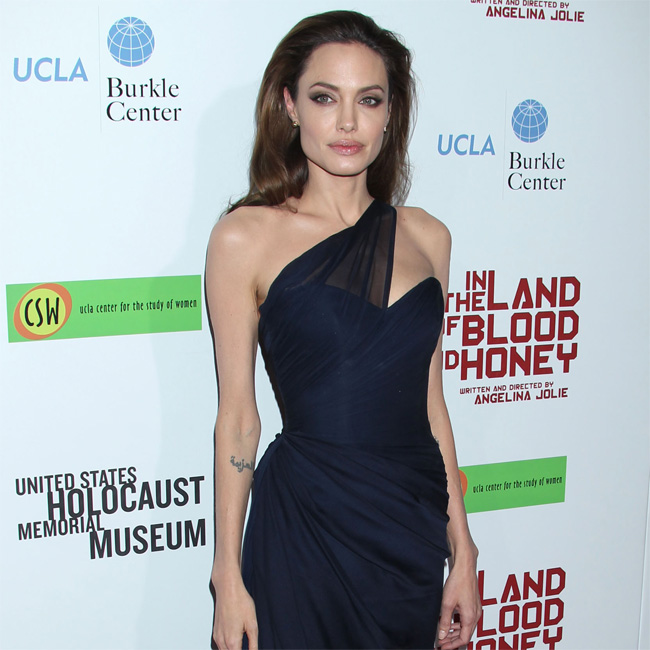 Angelina - who adopted Maddox from an orphanage in Cambodia will be taking him to college and helping him settle in before she heads back home to America.

The source added: "Mom is dropping him off in August. She is very proud. She will miss seeing him as much, but he's ready."

Maddox and Angelina first visited the university campus in November 2018 when his mother was on an official visit as the United Nations High Commissioner for Refugee (UNHCR) Special Envoy.

Meanwhile, the 'Wanted' actress is the cover girl for the new UK edition of ELLE magazine.

In the pages of the September 2019 issue Angelina talks about how proud she is of all her sons and the "men they are becoming".

In an essay she penned for ELLE, she said: "I could not be prouder of my sons for the men they are becoming, the way they respect their sisters and are respected by them."