Ariana Grande was left speechless after meeting Jim Carrey, whom she regularly talks about as one of her idols.

The 'Thank U, Next' hitmaker counts the comedic actor as one of her idols, and got the chance to meet him when she filmed a guest appearance on the upcoming second season of 'Kidding'. 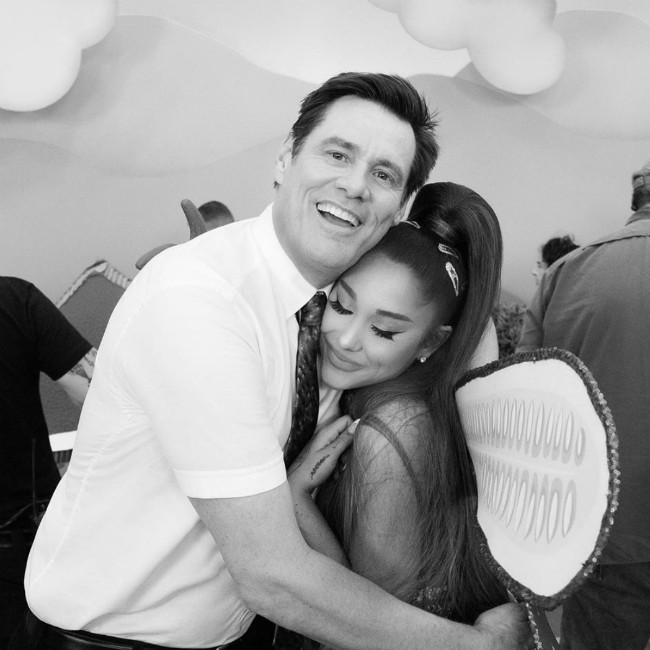 And after taking to Instagram on Wednesday to share a picture of herself with the 57-year-old star, Ariana admitted words "can't cover" how happy she feels.

She wrote alongside the snap: "there aren't words. i've been staring at my screen and no words do this moment justice. thankful for the most special experience of my life. nothing is crazier than getting to work with and spend time with someone whom you've idolized and adored since before you could speak. actually, what's even crazier is discovering that person to be more special and warm and generous in person than you ever could've imagined. i get to make a tiny appearance on the hilarious and deeply moving show Kidding next season. this was a DREAM of an experience. thank you thank you thank you Jim and thank you Dave for having me. i have so much more to say but words actually can't .... cover it. (sic)"

Ariana, 26, has spoken of her love for the 'Mask' star in the past, and even admitted her first AOL Instant Messenger name was jimcarreyfan42.

Back in June, she got a tattoo of a famous quote inspired by 'The Truman Show', which stars the Hollywood A-Lister.

The pair have met once before, and also shared an exchange on Twitter in April when Jim reached out to her after she praised him for his candid comments on depression.

Ariana posted images of his comments, and Jim wrote: ".@ArianaGrande I read your lovely mention of me and things I've said about depression. A brilliant teacher and friend, Jeff Foster was OG on the "Deep Rest" concept. I admire your openness. I wish you freedom and peace. I feel blessed to have such a gifted admirer. Happy Easter! (sic)"