The Hollywood couple posed with their bub Wyatt Isabelle, who was born on October 1, in two adorable shots, which were reportedly sent to friends as Christmas cards over the holiday season and leaked on the internet, according to RadarOnline. 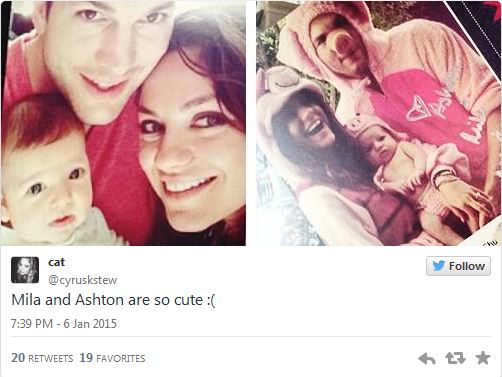 Ashton Kutcher first rumours that he and Mila Kunis had wed after he posted a curious message on Facebook. (Facebook)