Blake Lively sparked speculation she is pregnant as she displayed a baby bump at the premiere of her husband Ryan Reynolds' new movie 'Pokemon Detective Pikachu' in New York on Thursday night.

The 31-year-old actress stepped out at the premiere of her husband Ryan Reynolds' new movie 'Pokemon Detective Pikachu' in New York on Thursday night displaying a baby bump in a yellow dress.

Blake is yet to confirm the speculation, and she hasn't posted on Instagram since January 11th. 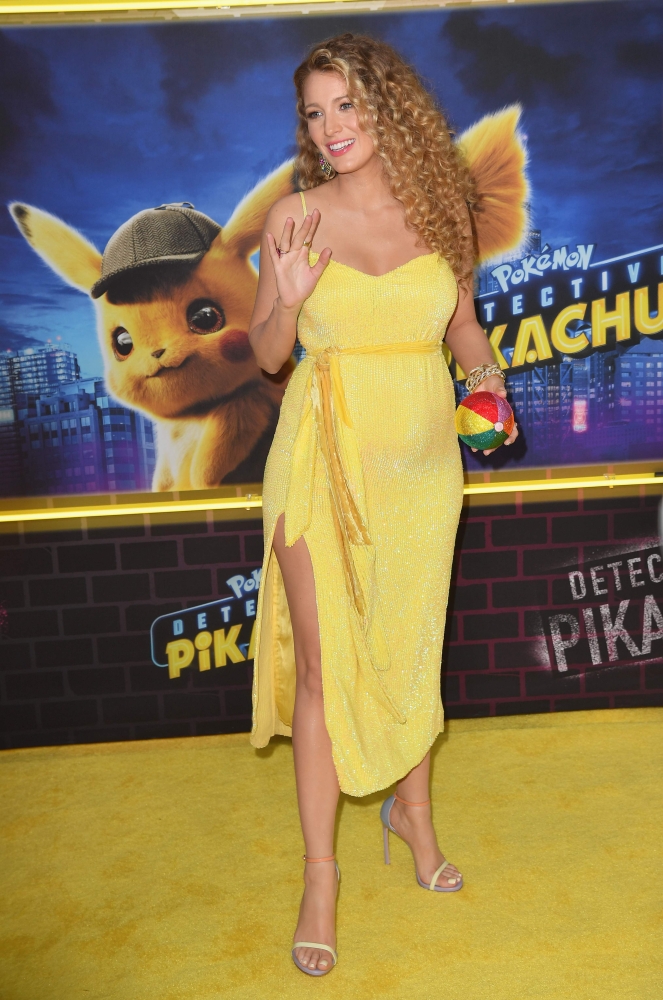 Ryan, 42, was spotted wrapping his arm around his wife's waist as they posed for photographs at the premiere.

The couple already have daughters James, four, and two-year-old Inez, together after marrying in South Carolina in 2012.

The 'Deadpool' star has admitted he and Blake don't shoot films at the same time for the sake of their kids.

"We operate as a unit, and that works really well for us.

"The kids stay with us, and the family stays together, and that is where home is.

"So if we are in Spain or Utah or New York, as long as we are together, we're home."

He said: "This is the first time in my life that my kids have been 100 per cent psyched to see something I'm in.

"Maybe the trick is that they haven't put together or fully understood that it's me doing the voice.