There is still a month to go before Kareena Kapoor says her 'I Dos' and marry longtime boyfriend Saif Ali Khan, but the buzz round the celebrity wedding is growing stronger each day.

With every passing day more and more information are pouring out. First it was the wedding date, then the invitation card which is not the actual formal invitation but nonetheless, sent out by Saif's mother Sharmila.

Now the latest is that it wills Kareena's favorite designer Manish Malhotra who will be designing her wedding ensembles.

The fashion designer, designing the actress' attire, says he will stick to the bride's simple, yet elegant taste.

Manish did not give much detail about the marriage but a little insight about the wedding dress. Malhotra says the preparations are on in full swing, and Kareena wants to keep it simple.

He said that Kareena on-screen and off-screen never likes too much of embroidery and jewelry so he doubts if it will be too elaborate.

He says too much of shine and bling is not Kareena's preference. However, it is going to have more old-world charm with lots of nice fabric.

Saif's mother, veteran actress Sharmila has so far maintained that the D-day is Oct 16.

Saif and Kareena have been dating each other since 2007. 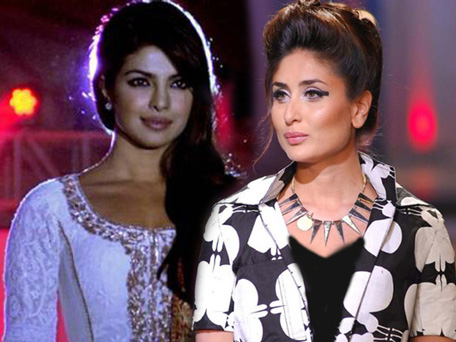